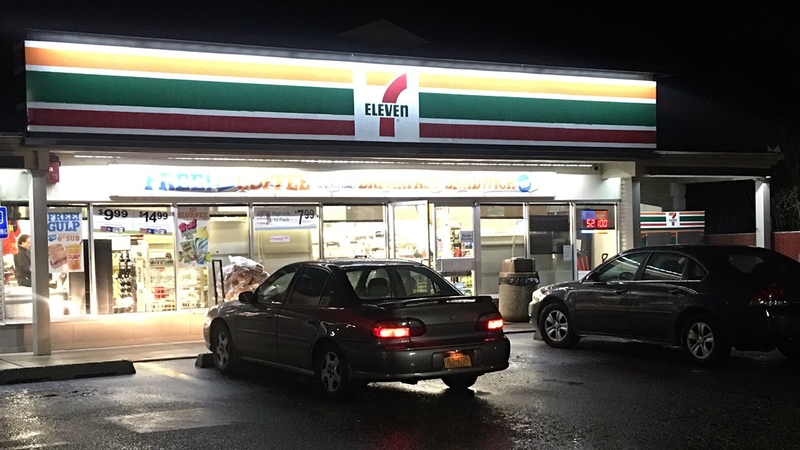 7-Eleven robbed by man with knife on Long Island

BOHEMIA, Long Island (WABC) -- Police on Long Island have determined that a knifepoint robbery is not connected to 16 other robberies of similar stores.

Around 2 a.m. Tuesday, in Shirley, the 7-Eleven on William Floyd Parkway was robbed by a man with a knife.

The store clerk who was robbed said a man walked into the 7-Eleven with no mask and no gloves, holding a large knife. He demanded money and the clerk handed over some cash.

The clerk said the suspect then hopped on a motorcycle and drove away.

The Suffolk County Police Department considered that the suspect was a serial robber who has been hitting stores across Long Island since the middle of February. Later Tuesday morning, Assistant Commissioner Justin Meyersdo said officials "do not believe that this robbery is part of any established pattern."

The serial robber typically dresses in dark clothing, and keeps his face is covered. Police said he usually carries either a machete or a large kitchen knife, and is in and out in less than a minute or so.

The latest in the string of robberies was in Bohemia Wednesday. Police said they're looking for someone who may have a drug addiction and is robbing stores to finance his habit.