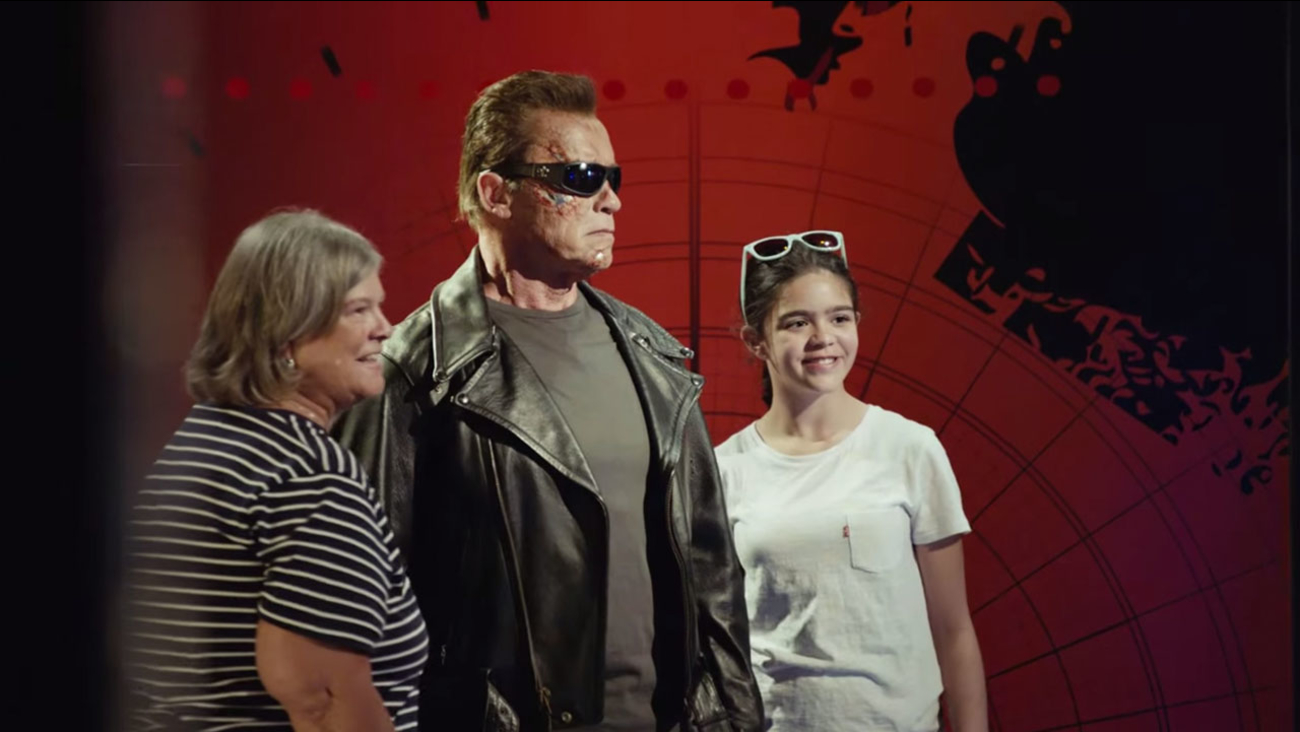 Does that wax figure look a little too lifelike to you? Arnold Schwarzenegger had a bit of fun pranking tourists recently by posing as a wax figure of himself dressed as his character from the Terminator films at a wax museum.

Schwarzenegger showed of his acting chops by posing as a lifeless figure at Madame Tussauds Wax Museum in Hollywood, Calif. Unsuspecting tourists would stand next to him to pose for photos, only to scream in surprise when he would suddenly move or speak.

Schwarzenegger took his act out onto Hollywood Boulevard, posing for photos with fans, visiting his footprints outside the TCL Chinese Theatre (better known as Grauman's Chinese Theatre), and even going head-to-head with another Terminator to see who could best deliver his trademark line, "I'll be back."

The actor posted video of his outing to YouTube, where it has received more than 10 million views in just two days.

Schwarzenegger is raffling off a chance to accompany him to the Terminator Genisys premiere, with proceeds from the entries going to support After-School All-Stars.