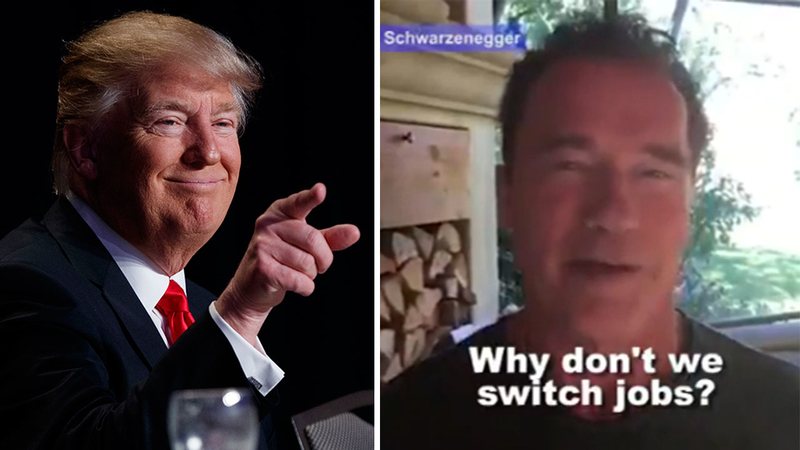 CALIFORNIA (WABC) -- President Donald Trump kicked off his comments at the National Prayer Breakfast with a dig at the man who replaced him in his previous TV gig.

Trump said that since Arnold Schwarzenegger took over hosting "The Celebrity Apprentice," the show's ratings have been down. He asked the audience to "pray for Arnold."

"They hired a big movie star, Arnold Schwarzenegger, to take my place, and we know how that turned out," Trump said. "The ratings went right down the tubes. It's been a total disaster. And Mark (Burnett) will never, ever bet against Trump again, and I want to just pray for Arnold, if we can, for those ratings."

Schwarzenegger fired back in a Facebook video, offering to switch jobs with Trump so that "people can finally sleep comfortably again."

"Hey, Donald, I have a great idea," the former California governor said. "Why don't we switch jobs? You take over TV, because you're such an expert in ratings. And I take over your job. And then people can finally sleep comfortably again."

A spokesman for Schwarzenegger also fired back at Trump.

"Arnold is praying that President Trump can start improving his own approval ratings, which were the worst in history for an incoming president, by taking his job seriously and working inclusively," Daniel Ketchell, the spokesman, told ABC News.