Arrest made after hate graffiti found written inside Brooklyn synagogue 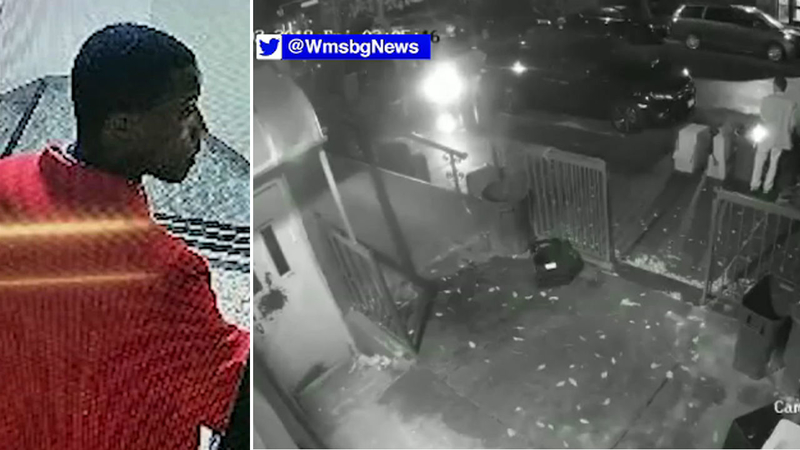 Arrest made after hate graffiti found inside Brooklyn synagogue

PROSPECT HEIGHTS, Brooklyn (WABC) -- Police have made an arrest after disturbing messages of hate were found inside a Brooklyn synagogue Thursday evening, the latest in a string of anti-Semitic incidents across the nation.

James Polite, 26, is charged with four counts of criminal mischief as a hate crime and making graffiti.

Authorities said Friday that Polite was sent to Woodhull Hospital for psychiatric observation.

Polite is also charged with a string of arson fires in Williamsburg, including one at a yeshiva and another at a Jewish banquet hall.

Quinn tweeted a statement saying she is devastated.

Graffiti inside the Union Temple on Eastern Parkway in Prospect Heights read "Kill all Jews" and "Hitler," along with some other horribly offensive language.

Police say some of it was written in black marker inside a stairwell, and the vandalism forced the cancellation of a political event because people felt threatened.

Christine Quinn, the former Speaker of the NYC Council, said Saturday she knows the suspect and social service agencies throughout the city did everything they could to help him as he grew up in and out of the foster system, mental health system and homelessness.

"The actions he is accused of break my heart and devastate all of us who tried to help him get on solid footing over the years," Quinn said in a statement on Twitter. "And while he has experienced hardship that most people can't ever imagine, his actions are inexcusable."

A "Get out the Vote" event at Union Temple hosted by Broad City actress Ilana Glazer was canceled as a result of the hateful graffiti.

Glazer was about to host a political forum with state candidates Andrew Gounardes, Jim Gaughran and journalist Amy Goodman when the difficult but necessary decision was made.

"We have a situation that we will, that's not presenting any immediate danger, but there were hateful, anti-Semitic scrawled all over the space today, very recently within the past couple of hours," Glazer said. "So we don't feel safe."

Mayor Bill de Blasio said the graffiti is the vilest kind of hate and that the NYPD would find the perpetrators and hold them accountable.

"It's deeply disturbing to all New Yorkers and something we don't accept here in this city," he said.

"I am disgusted by the discovery of anti-Semitic graffiti at a house of worship in Brooklyn. At a time when the nation is still reeling from the attack at the Tree of Life synagogue in Pittsburgh, New Yorkers stand united with the Jewish community and against hate in all its forms. In New York, we have zero tolerance for discrimination in our laws or in our spirit. I have directed the State's Hate Crimes Task Force to investigate this hideous act and hold those responsible accountable to the full extent of the law. As governor, I am also doing everything in my power to ensure our religious institutions are free from violence and intolerance. This week, we announced the launch of an additional $10 million grant program to help protect New York's non-public schools and cultural centers, including religious-based institutions. The disgusting rhetoric and heinous violence in this nation has reached a fever pitch and is ripping at the fabric of America, and it must stop. In New York, we have forged community through chords of commonality and we will always stand together against hate and discrimination."

The NYPD says half of all hate crimes in the city are against Jewish people, and the number of incidents has increased this year.

"This individual went into the facility, a facility where people go to pray and worship, and scrawled some pretty derogatory hate filled messages," NYPD Chief of Detectives Dermot Shea said.

Earlier this week, Eyewitness News reported on swastikas and the N-word drawn on some brownstones in Garden Place.

Jewish leaders are calling for people of all faiths to join them for Shabbat services as a way to support the victims in Pittsburgh.

It was the worst attack on Jewish people in American history.