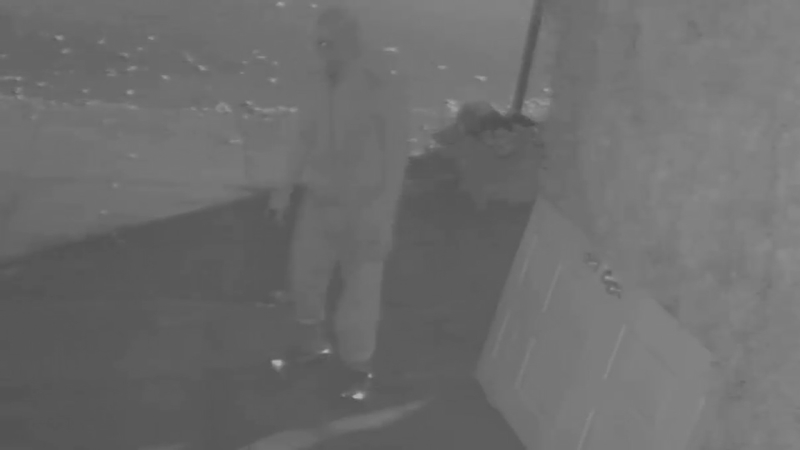 FOREST HILLS (WABC) -- Home surveillance video of the suspect wanted in a series of arsons in Queens was released by police overnight.

The suspect was captured on video, according to the New York City Police Department, at about 7:20 at 112th Street and 68th Drive. In the video, the suspect has his face covered and he is wearing gloves. It also appears that the suspect moves a gun from his left ankle to his front right pocket.

There have been seven arson cases so far, according to NYPD Chief of Detectives Robert Boyce. He said there is a pattern to these fires that started on Oct. 20, with the last occurring on Dec. 6.

According to Boyce, the suspect is using "combustible materials found at the scene." Boyce said the investigation continues, and there are increased patrols in the area.

A note was left at the scene of one fire that was believed to be from the perpetrator.

"Initially, we looked at it as a lead," Boyce said, "It was encrypted." When detectives deciphered the code, the riddle appeared to be directing them to a resident of the neighborhood.

But when detectives talked to that resident, they quickly determined he had nothing to do with the arsons. He was also able to account for his whereabouts during the fires and he has no prior arrest history. "The lead has now turned into a mislead," said Boyce.

There is a $12,500 reward for the capture of the person suspected of setting the fires.