Bushwick club Rash NYC set on fire by arsonist with patrons, staff inside 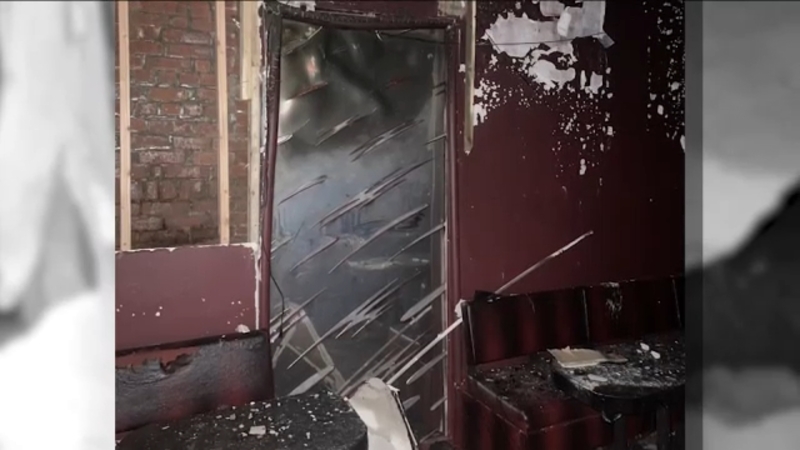 Bushwick club set on fire by arsonist with patrons, staff inside

BUSHWICK, Brooklyn (WABC) -- Patrons at a nightclub in Bushwick had a terrifying experience when someone attempted to set the club on fire.

Just a few days ago RASH NYC was a popular new queer-friendly nightspot in Bushwick, but now it's a crime scene, padlocked shut.

And a couple of people are lucky they survived what happened there.

Claire Bendiner is one of the owners of RASH.

The venue was about to open for an event Sunday night when a man wearing a dark hoodie and backpack walked in and doused the floor with gasoline.

The gasoline ignited causing an explosion at the bar, according to the club's Instagram.

Bendiner was there Sunday night and had just stepped outside when a man walked in with a bottle of what smelled like gasoline.

"All of a sudden, out of nowhere I hear this explosion sound and then people running out screaming," Bendiner said. "I looked through a side door and immediately saw huge flames going up to the ceiling, I was in disbelief for a moment."

The bar was burned to the studs, and gutted by the flames.

Two customers were hospitalized, and the apartments upstairs had to be evacuated.

The owners are worried that the incident may have a been a bias attack.

"We're like a very queer space so yeah there's a possibility for that ... but we really don't know," Bendiner said.

Police are still investigating the incident and do have surveillance camera video of the suspect.

No arrests have been made so far.