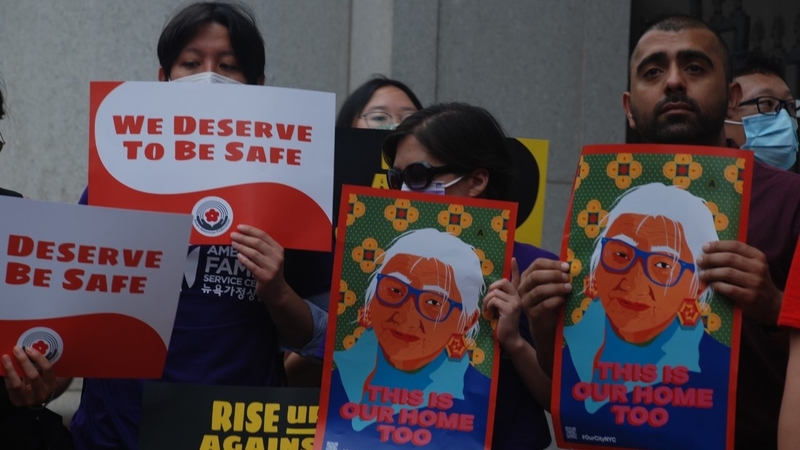 The call for support comes after an NYPD report from July that found hate crimes targeting Asian Americans in New York were up 363%. Physical assaults are up 16.6%.

Last week there were three attacks, including one on Potri Ranka Manis, a Filipino nurse, and frontline health worker who was assaulted on the subway while handing out face masks. Just weeks ago, Minerva Chin, a nonprofit leader was attacked in Chinatown.

"For over a year now, Asian Americans have been living in constant fear of being assaulted on their way to the grocery store, to the office, to school, and even just walking down the street. I have seen and heard first-hand from friends, colleagues and families the fear of being attacked, and the trauma in those long after they have assaulted," said Jo-Ann Yoo, Executive Director of the Asian American Federation. "Our community is desperately looking for help to fight against this wave of hate. We need to be proactive rather than reactive that includes providing victims with a strong support system. I look forward to working with our leaders to ensure the safety of our community for the future."

Meanwhile, activists say New York is the number one city in the country for anti-Asian attacks.