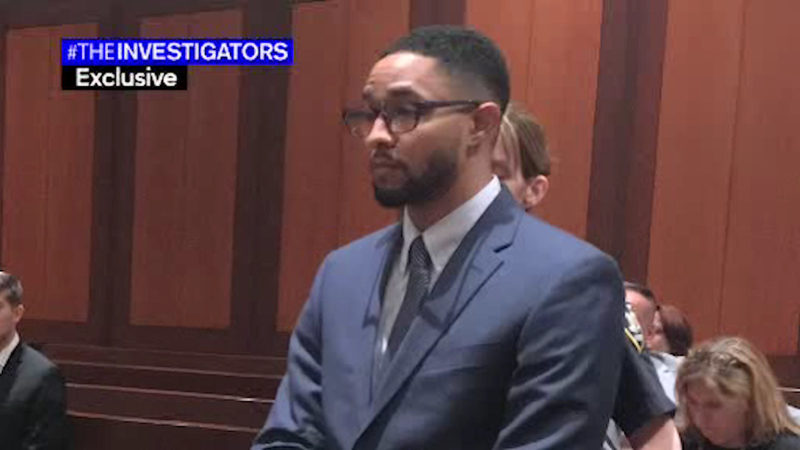 NEW YORK (WABC) -- A Queens man was arrested for illegally selling guns to an undercover ATF agent, but the ATF got the wrong guy.

Surveillance video, seen first on Channel 7, backed up his claim.

Now, four weeks after Eyewitness News' investigation, the court has dropped all charges.

He was a young man facing the possibility of many, many years behind bars. He kept refusing to take a plea insisting on his innocence.

It took just a couple of minutes, for the prosecution to say they had the wrong guy and for the Judge to drop the gun trafficking charges against Wellington Clase telling him he was "free to go". So for the first time in nearly a year, Clase walked out of court without the fear of 15 years behind bars hanging over him.

"I just feel relief and I'm grateful that I don't got to deal with this no more, I don't have it hanging over my head, I can just continue and get on with my life," Clase said.

Four weeks ago, an exclusive Eyewitness News investigation raised serious doubts that Clase was the man seen in this video selling an illegal gun to an undercover ATF Agent three years ago.

Authorities insisted it was which is why Clase spent six months in Rikers before being released to wait trial on gun trafficking charges. But as our investigation pointed out, the guy in the video has model-like features and a cleft chin. Clase has no cleft chin and a distinctive droopy eye, a medical condition he's had since birth.

A month after our investigation, Clase stood before a Judge as a Queens Assistant D.A. said "he's not the person who committed the crime."

"It took you guys five minutes to realize that. It took my investigator 30 seconds to realize I was innocent. So I don't know how the courtroom could be so incompetent," Clase said.

Thursday's dismissal of all charges raises a lot of questions about the joint NYPD-ATF gun sting, the most obvious: who is this guy seen in the video selling an illegal gun, where is he and what is he up to?

"So then presumably, he's still out there selling guns. So who knows where those guns are or who's getting hurt by those guns right now," said John Scola, Clase's attorney.

For Clase, his months in Riker's, pressure to take a plea, and fear of a long prison sentence are behind him, finally!

"This is one of the happiest moments of my life, it's bittersweet, I'm done with it," Clase said.