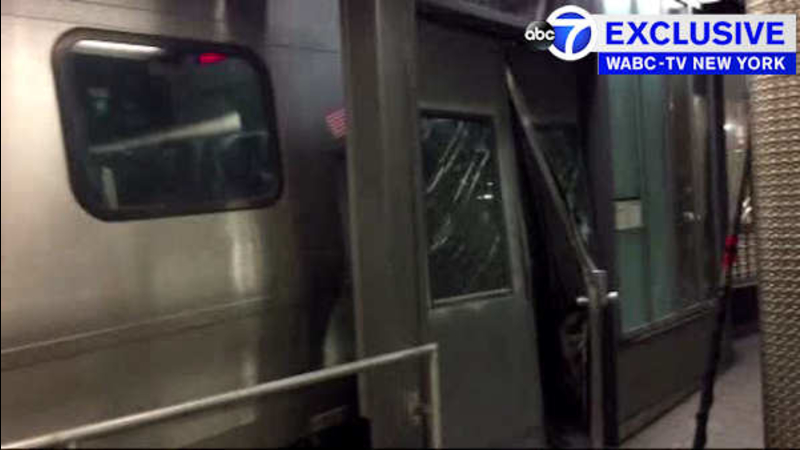 DOWNTOWN BROOKLYN, New York (WABC) -- Eyewitness News has obtained a safety advisory from the Federal Railroad Administration that was addressed to all of the nation's railroads, urging them to take specific steps to avoid a Hoboken-style crash.

The advisory was issued on December 5, one month before the accident in Brooklyn. Yet the Long Island Rail Road did not implement its recommendations until after the incident at Atlantic Terminal.

The MTA claims the railroad was in the process of implementing the recommendations, but the agency acknowledges they were not in place at the time of the crash. In fact, they were not imposed until eight hours after the Atlantic Terminal crash.

The non-binding recommendations called for "constant communication" between the engineer and a crew member (namely the conductor) while trains enter dead-end stations like Atlantic Terminal, to ensure the engineer is alert and engaged and to allow the conductor to stop the train in case of any issues.

Metro-North has been pairing conductors and engineers entering Grand Central for more than two years, after the crash at Spuyten Duyvil where their own engineer lost focus. New Jersey transit has implemented the same practice after Hoboken. Now, the LIRR has now implemented the recommendations at eight other dead-end stations, in addition to Atlantic Terminal.

The packed, rush-hour train crashed as it entered the station in Brooklyn, hurling passengers onto the floor and slamming them into each other. Many had been standing as they prepared to get off the train at the last stop. At least 100 people were injured, but miraculously, no one was killed.