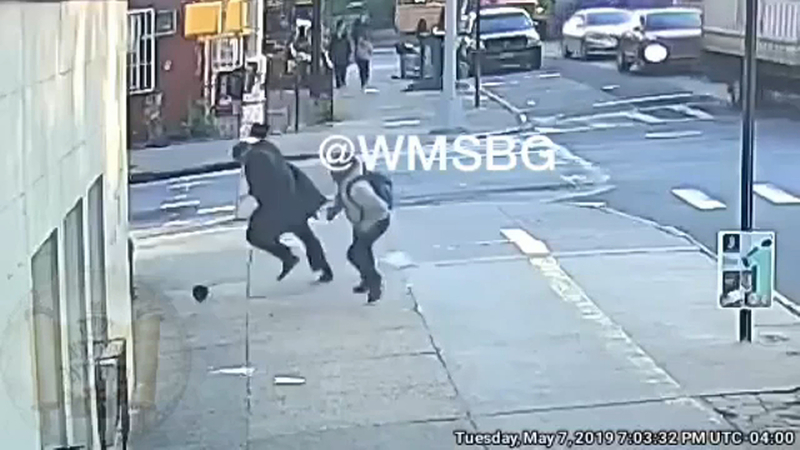 WILLIAMSBURG, Brooklyn (WABC) -- Police in Brooklyn are investigating a pair of separate seemingly random unprovoked anti-Semitic attacks in the same neighborhood in Brooklyn.

The NYPD has made one arrest and is searching for at least four others in the apparent hate crimes, which both happened in Williamsburg.

Video showed a young man running up behind the 39-year-old victim just before 7 p.m. on Tuesday, May 7, in the vicinity of Marcy Avenue and Rodney Street.

He hit the victim in the side of the head before fleeing the scene. The victim was not seriously injured.

The suspect, a 16-year-old boy, surrendered to police on Wednesday, May 15, and is charged with assault as a hate crime, aggravated harassment, and harassment.

The other incident took place just after 1 a.m. on Saturday, May 4, in the vicinity of Broadway and Lynch Street.

Authorities say the 42-year-old male victim was wearing traditional religious attire and was walking westbound on Broadway when he was assaulted by a group of unknown males who made anti-Semitic comments.

They reportedly screamed "(Expletive) Jew," before fleeing eastbound on Broadway. 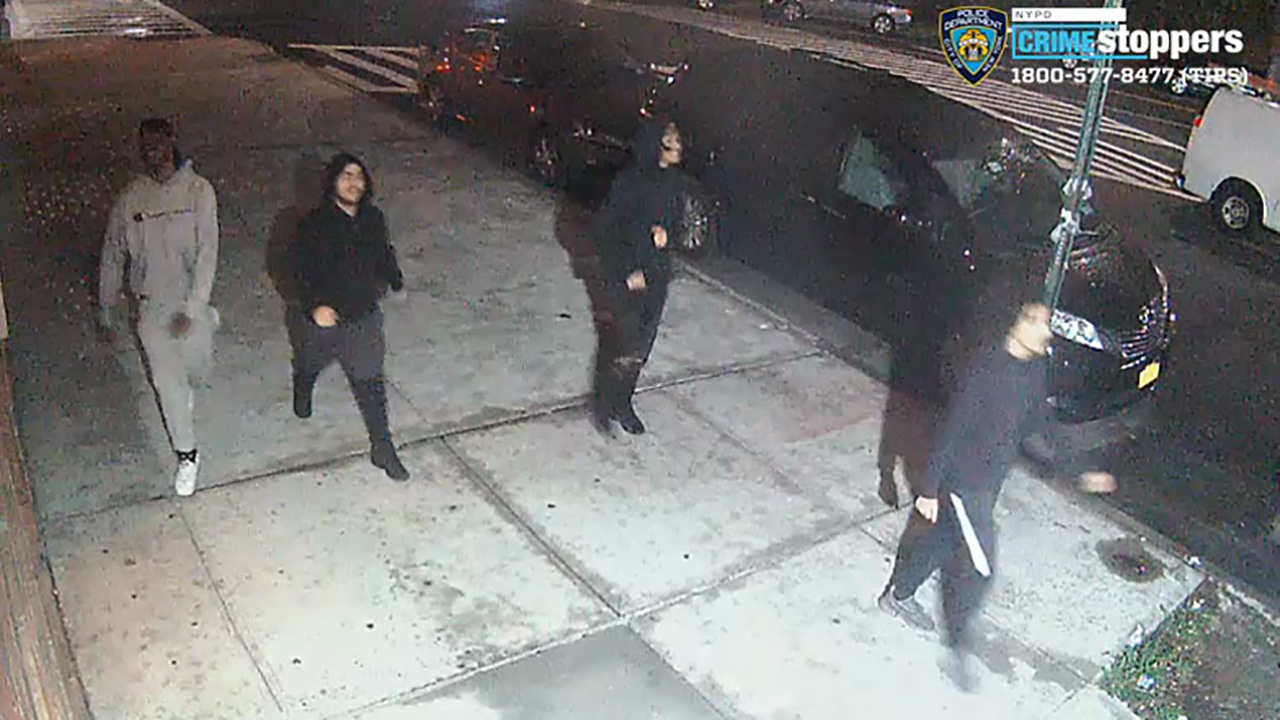 The victim sustained bruising and swelling to his face but declined medical attention.

The Anti-Defamation League said it is offering a $5,000 reward for information leading to the arrests of the attackers.

"The shocking video footage of the assault on a Jewish man in plain daylight shows the perpetrators of these despicable acts feel emboldened, said Evan R. Bernstein, ADL NY/NJ Regional Director. "This is the second alleged anti-Semitic assault we've seen during the past week alone. We cannot allow anti-Semitic assaults to become the new normal. ADL remains committed to continuing our efforts with all New Yorkers to help stop this unacceptable anti-Semitic violence."

The NYPD said last week there has been a sharp rise in hate crimes in the city this year.

"Oh, everybody's head is in a vice grip," longtime community activist Isaac Abraham said. "And now the question is, who's going to act faster, law enforcement, or the community?"

Hasidic Jews say they feel particularly vulnerable because their traditional clothing makes them a target.

Patrols are being stepped-up, but investigators say victims of these crimes are often reluctant to report them. Critics say the streets will not get any safer for the Hasidic community until the department does a better job of reaching out.