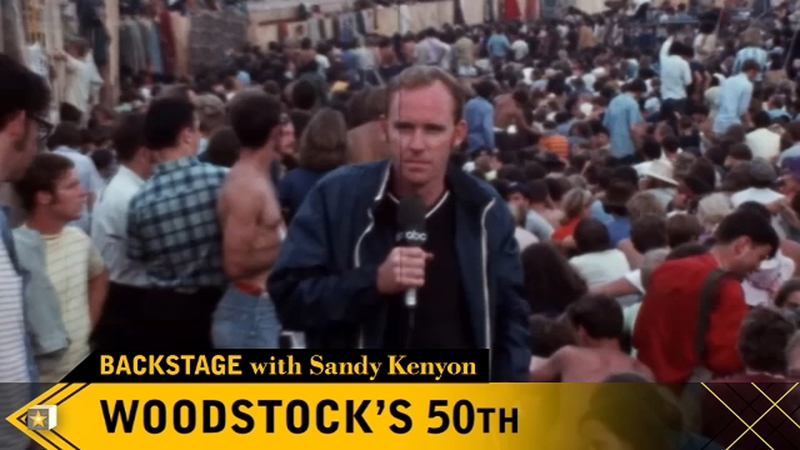 BETHEL, New York (WABC) -- 50 years ago, the Woodstock Music and Arts Fair brought together the biggest names in rock and roll, with an audience of half a million people.

The three-day affair was captured in the documentary called "Woodstock" that still resonates today because this was more than just a concert.

"They were kids that were looking for something and they existed in a time when there wasn't Facebook or social media," said Jamila Ephron, Producer, and Co-Director of the PBS Documentary titled "Woodstock: Three Days that Defined a Generation".

"They didn't have a sense that there were this many people like them in the world," said Ephron, "They didn't really know their own power yet."

Historical footage shows ABC News' Gregory Jackson reporting live from the festival. "And it is true - their music is loud and they dress weirdly, and smoke pot," said Jackson.

"This huge family that had gathered and said - we are not just a fringe of society, we are a generation of society - we love you - now love us," said Joel Rosenman, Woodstock Festival Co-Founder.

Woodstock Music Festival pushed the message of peace, love, and music, and was a groundbreaking event in 1969, featuring performances by Jimi Hendrix, the Grateful Dead, Joan Baez, the Who, and other iconic acts.

"We knew something monumental had happened, but the world had a different opinion of it," said Rosenman.