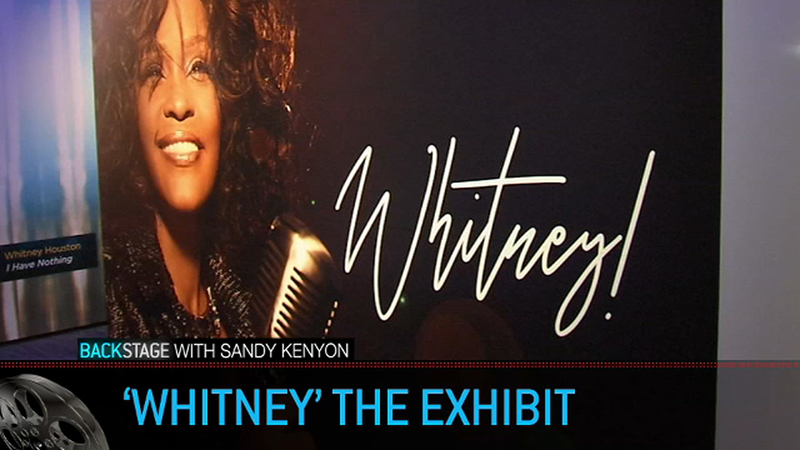 Celebrating the life of Whitney Houston

NEWARK, New Jersey (WABC) -- A timeless beauty, a voice for the ages -- and now, the life and legacy of the late Whitney Houston is on display for the public at the Prudential Center in Newark.

"The Grammy Musuem, which is located here in downtown Newark, is really an extension of our museum in Los Angeles," Executive Director Bob Santelli said. "There are occasions, such as this one, where it's a special exhibit just for New Jersey."

Together, they tell Houston's story from her childhood in Newark through her rise to stardom.

"And of course, Whitney Houston has to be just for New Jersey," Santelli said. "She's from here. She celebrated her roots every single time she stepped in front of a microphone. So the hope is that people will come through here -- fans, kids, students, teachers -- and learn something about what it means to achieve a dream."

"Her family is still here, particularly her mother," Pat Houston said. "Having the exhibit right here in New Jersey is extremely powerful, and powerful to all."

The moment was not lost on those in attendance at the opening, including students from the Whitney E. Houston Academy.

"It's just amazing to see what she lived like," student Sanaa Kelly. "And how successful she can be coming from out hometown, it gives everybody hope."

"It's a big honor to be here, because we're the first people to see this," student Ayanna Brown said. "And it's a big opportunity."

And organizers say they are just grateful to be able to present a look at a national treasure who we lost too soon.

"The Grammys are so happy to be able to this story," Santelli said. "Some of the greatest performances in Grammy show history, they're owned by Whitney Houston."