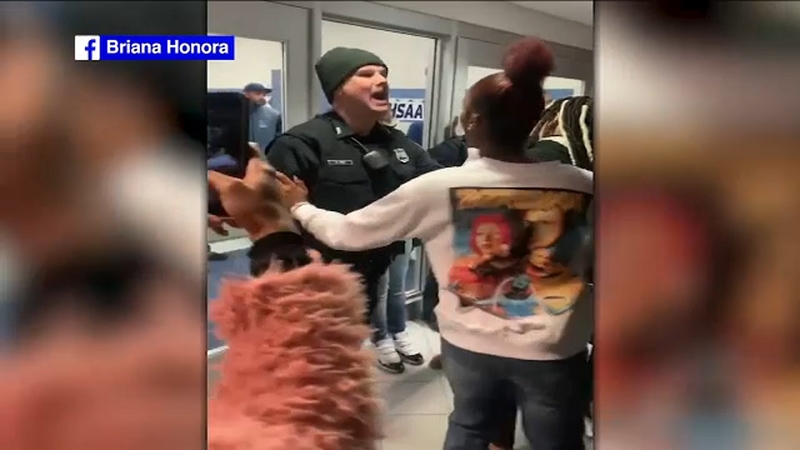 MIDDLETOWN, New York (WABC) -- An investigation has been launched by police, city and school officials in Orange County after a video surfaced showing officers forcibly removing students from a basketball game.

The video is from Friday outside Middletown High School during a varsity basketball game against Newburgh Free Academy.

The students were reportedly asked to leave because the gym was at full capacity.

Police say the video shows just a small part of what was a more than two-hour incident, and that they are reviewing the video to make sure officers followed proper protocol.