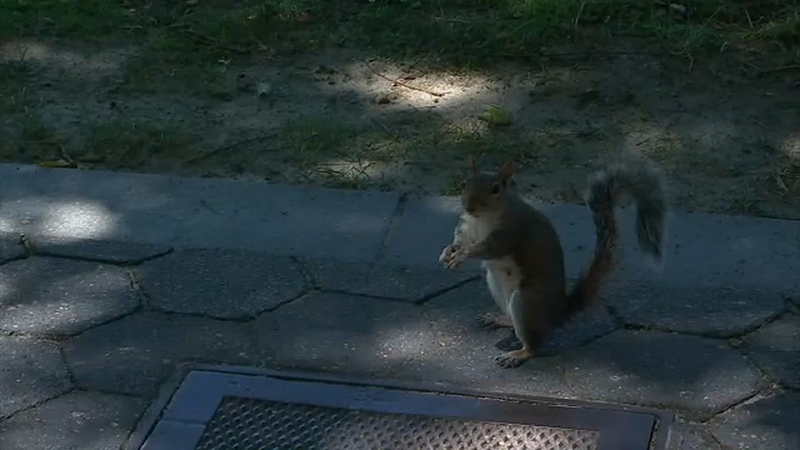 NEW YORK (WABC) -- People are being warned not to feed the squirrels after reports of squirrels becoming too aggressive in Rockefeller Park in Battery Park City.

Officials say people are getting bitten or scratched, as the animals go after food.

Battery Park City Authority has posted signs throughout the park urging visitors not to give food to the squirrels.

The Parks Department wildlife unit says squirrels are capable of finding their own food and that feeding them makes them less fearful of humans.
Some parents in the area are pushing for more prominent signage. "We don't bring food around in the stroller because I've seen them go in people's strollers and know exactly where to go," said one parent.

The New York City Health Department says it gets about 30 reports a year of squirrel bites and since it started doing rabies surveillance in 1992, it has never identified a squirrel with rabies.

Battery Park City is meeting with the parks wildlife unit this week to figure out a way to mitigate squirrel-human conflicts and ensure the best park experience.