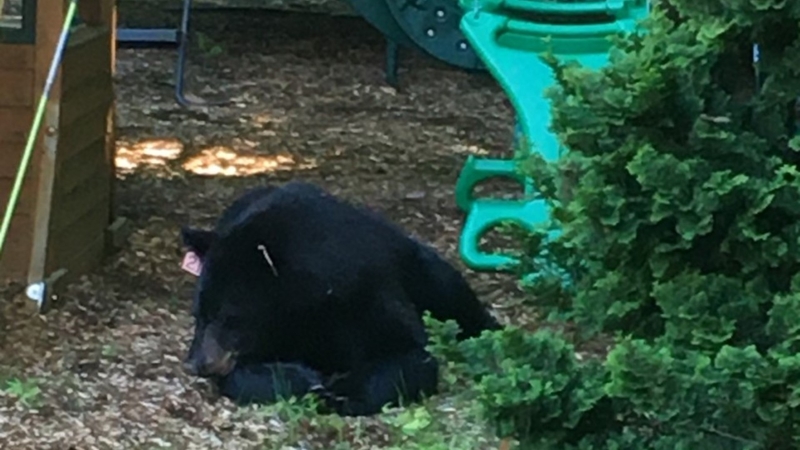 WESTPORT, Connecticut (WABC) -- Officials are warning residents in Connecticut about a bear that has been spotted roaming around a neighborhood in the northern part of town.

Police in Westport released a photo of the bear on Wednesday after it was spotted multiple times in the same neighborhood.

Officials say the bear left one home and went to a second home on Highland Road where it reportedly put a paw on an individual who was outside gardening.

Authorities say the bear was not acting in an aggressive manner and the man was not injured.

The bear then ended up on an empty sun porch on Warnock Drive. By the time an animal control officer arrived, the bear left the sunroom and was sitting in the yard.

The Department of Energy and Environmental Protection responded and is assisting with monitoring the bear's activities. It was last seen heading west toward Weston.

Residents are warned to be on the lookout and stay away if they see the bear. Do not get too close to the animal to take a picture because the bear could feel cornered or trapped.

Authorities do not believe the bear poses a threat to the community but they recommend taking down bird feeders for the summer as bears are attracted to them.

Additionally, grills and outdoor dining tables should be cleaned with a diluted bleach solution after each use because the smell of the food also attracts bears.

Bear sightings can be reported to Westport Animal Control at (203) 341-5076 or reported to DEEP online.