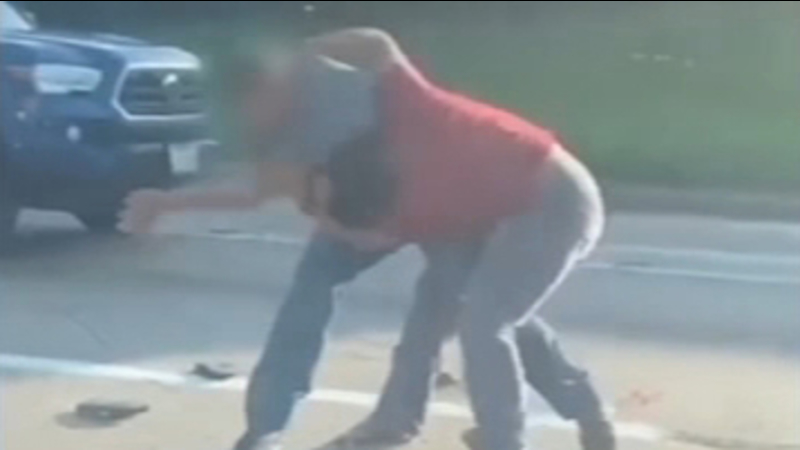 CYPRESS, Texas -- It all started with a lane change.

A 20-year-old Cypress woman was beaten Thursday during a confrontation with another driver on the Beltway 8 feeder road.

Video of the incident shows a man throwing punches, which left the woman battered and bruised.

The woman's mother, Edna Mojica told ABC13 that it began with a driver who became angry when she made a lane change in front of him.

"Every time she tried to switch lanes, he would switch first," Mojica said.

As the victim was stopped at a traffic signal near Phillipine Street, the driver followed her and got out of his car. Mojica's daughter told police the man punched through her window, shattering the glass and struck her several times in the face.

Bystanders recorded part of the incident that shows Mojica's daughter and the man struggling.

"I think I was more upset because nobody stopped to say 'Hey, let me help this woman out,'" her father said about the bystanders.

The Mojicas hope someone with information about the driver will come forward and help find him.

The white man has blonde hair and was driving a gray pickup truck, possibly a newer Ford model and is believed to be 6 feet tall.