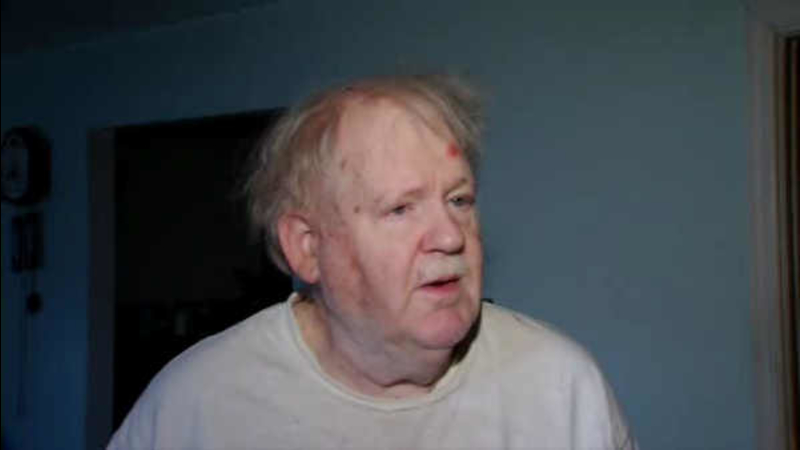 BERGENFIELD, New Jersey (WABC) -- A Bergenfield, New Jersey man is recovering from a vicious beating inside his own home, , and now is describing the terrifying attack.

Paul Wilson lives alone, like so many other seniors, and while making some popcorn to watch TV, he claims he was the victim of a violent home invasion.

Wilson says he was walking up the stairs when a man came down, hitting the 71-year-old in the head with a cane.

The injury left a gash on the top of Wilson's head.

"I feared he might kill me or seriously injure me," said Wilson, who says he fell backwards down the stairs badly bleeding, landing on the carpet.

"It happened so fast," said Wilson. "He was extremely fast and strong for his build, and he forced me down to the floor."

Then Wilson says his attacker tied him up. "Forced me down to the floor and tied up my hands," he said.

The attacker is described as a thin-built male wearing a mask who stole a debit card and ten dollars cash.

Wilson believes he entered through a door in the garage.

Video shows Wilson coming to a neighbor's house for help after he worked his way out of the belt the suspect used to tie up the elderly man.

The incident has left Paul Wilson worried about his safety.