Runner gets fined when car hits her in New Jersey 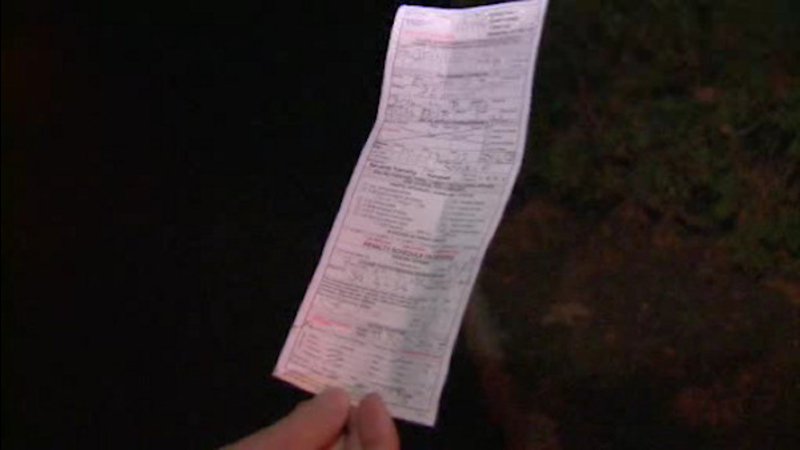 Runner fined after getting hit by car in New Jersey

BERNARDS TOWNSHIP, N.J. (WABC) -- A woman was out for a run on the street when a car, backing out of a driveway, hit her.

But it's not the driver, it's the injured runner faced charges.

Elizabeth Jaeger loves to run, at least she used to.

"I was running along, all of a sudden I noticed a car shoot out of the driveway and it happened so fast," Jaeger said.

On the one hand, she's pretty lucky after what happened one Saturday last month. She says she ran right into the back of that car, fell, and hit her head.

And so when she asked the driver to call the police, the last thing she expected was to get this ticket, for running in the street.

Turns out New Jersey state law says she should have been on the sidewalk. Though she admits she and the officer did not get along.

"Granted I was running in the street and apparently that is against the law, but when he showed up at my door he said he didn't like my attitude and that's why I was getting the ticket. Ridiculous and petty on the part of the police officer," Jaeger said.

"She was the cause of the accident," said Chief Brian Bobowicz, of the Bernards Township Police Department.

The police chief sees it differently.

"All officers are expected to write summonses to those at fault. In this case, that's what the officer did," Chief Bobowicz said.

Monday night, in the Basking Ridge community known as "The Hills", Amy Pounder and her Great Dane "Hugo" were taking every precaution on their evening walk. Just Monday, Amy got an email warning of several recent accidents and close calls involving drivers and pedestrians.

"I don't begrudge the joggers for running in the street. If they're serious joggers, they do it everywhere, and this is the first I've heard that this is a law," Pounder said.

In the end, Jaeger pleaded guilty and paid the $54 fine. Police here say they hope drivers and pedestrians will now pay a little more attention.