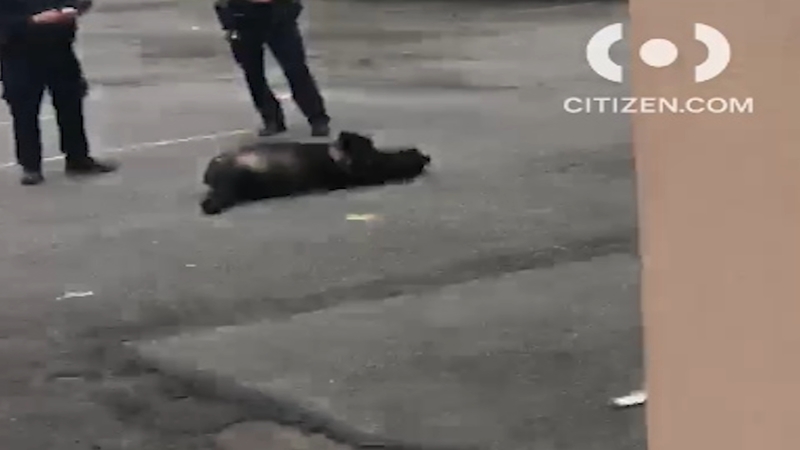 NEW SPRINGVILLE, Staten Island (WABC) -- Wildlife officials have new details on the possible cause of death of a bear that was found earlier this week on Staten Island.

According to the New York Department of Environmental Conservation, the 2-year-old male bear suffered massive blunt impact trauma, likely from a being hit by a vehicle.

A preliminary report following a necropsy on the bear, stated that no gunshot wounds were found.

It is believed the driver accidentally hit the bear with his car somewhere in New Jersey and brought it back with him to Staten Island, likely in an effort to get help.

But the bear died, and the driver apparently didn't know what to do and ended up leaving it in the parking lot.

Investigators say they know who the driver is and have talked to him.

It could result in a summons, but it is unclear if any action will be taken