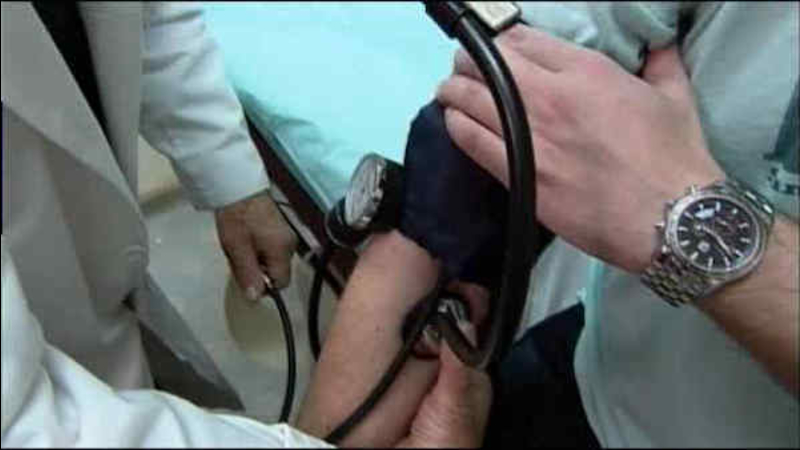 ORLANDO -- Details were revealed Monday from a landmark federal study that challenges decades of thinking on blood pressure, giving a clearer picture of plusses and minuses of more aggressive treatment.

The study was stopped in September, nearly two years early, when it became clear that lower pressure for most people over 50 helps prevent heart problems and deaths, but side effects and other key details were not disclosed.

Full results came Monday at an American Heart Association conference in Orlando and were published online by the New England Journal of Medicine, along with a dozen commentaries in three science journals.

"Overall, we deemed that the benefits far outweigh the risks" of aiming lower, said one study leader, Dr. Paul Whelton of Tulane University.

One in 3 U.S. adults has high blood pressure, a reading of 140 over 90 or more. Normal is under 120 over 80. Yet the study enrolled people with a top number of 130 or more, somewhat muddying the notion of who needs treatment.

More than 9,300 people were enrolled. Half got two medicines, on average, to get their top blood pressure reading below 140. The rest got three drugs and aimed for under 120.

Too-low blood pressure, fainting episodes and more worrisome, kidney problems were 1 percent to 2 percent higher in the lower pressure group. Yet falls that cause injury due to lightheadedness were not more common, as had been feared especially for older people. The risks were considered well worth the benefits of a lower risk of heart trouble and death.

DOES IT APPLY TO ME?

The study involved people over 50 whose top reading was over 130. People with diabetes were excluded, so the results do not apply to them. The results also may not apply to people with previous strokes, the very old, those with severe kidney disease or people already taking a lot of different drugs, said Dr. James Stein, who heads the high blood pressure program at the University of Wisconsin in Madison.

People who start with a high top reading, such as 170 or 200, also may not do well trying to drop so low so suddenly, Dr. Murray Esler of Baker IDI Heart and Diabetes Institute in Melbourne, Australia, wrote in a commentary in the journal Hypertension.

The new study "makes sense and is a major advance," Stein said. "Time to fix the guidelines," which come from many groups and aim for a top number of 130 to 150, depending on age and other factors, such as whether the patient has diabetes.

Only half who know they have high blood pressure have it under control now. From a public health standpoint, improving that situation may be more important than having a new number as a target.

"If we lower the goal ... you'll see more and more people getting to lower pressure," said Dr. Daniel Jones of the University of Mississippi, a heart association spokesman.