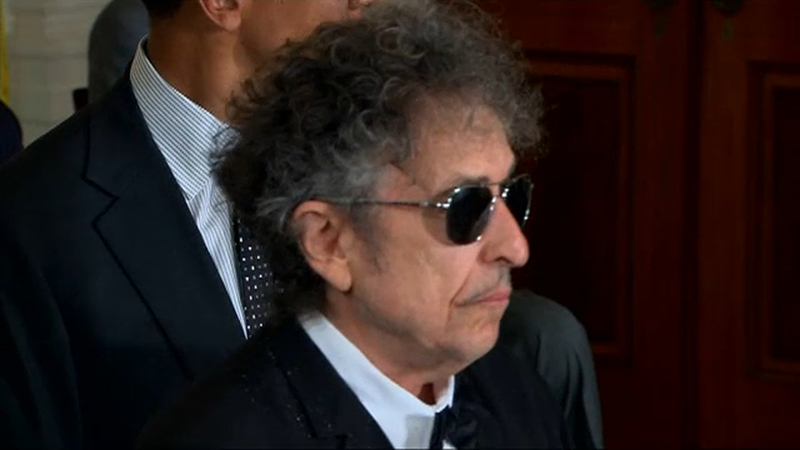 UPPER WEST SIDE, Manhattan (WABC) -- Bob Dylan's name will be added to some of America's most accomplished citizens at a park on the Upper West Side.

Dylan is among the names being inscribed on the NYC Parks Laureate Monument.

The music legend won the prize for literature last year.

Dylan will not be attending Thursday's event.