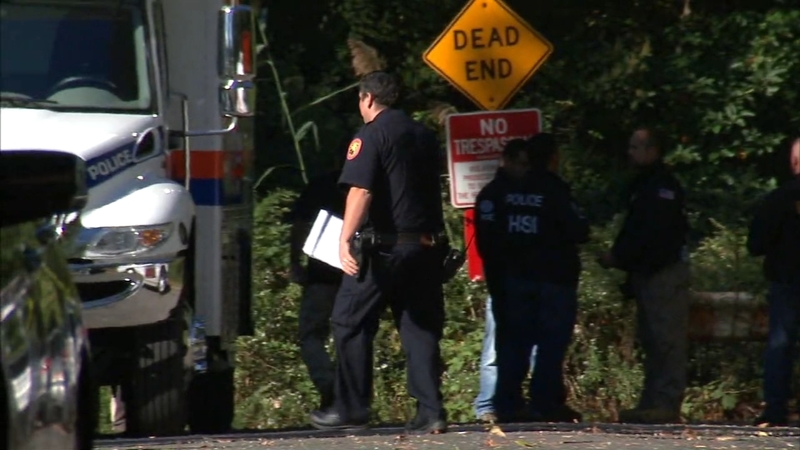 ROOSEVELT, Long Island (WABC) -- Human remains have been found in the woods of a Long Island town, two days after investigators were tipped off to a possible gang-related homicide.

Nassau County police said the remains belong to a male, but no other immediate details were released. Investigators would not make any estimates as to how long the body had been there.

"We don't know who this person is right now, so we don't know anything about his past or who he was associated with," Det. Lt. Stephen Fitzpatrick with the Nassau County Homicide Squad said. "So the investigation is very early on."

Police said they have also identified other spots in that same 27-acre area in Roosevelt where they are going to continue to their search. K-9 units indicated that human remains may also be there.


The search was kicked off Wednesday night after officials with Homeland Security received what they called a very detailed tip about a body buried in the area of West Greenwich Avenue and Wilbur Lane. The tipster made them believe it could have been a gang-related murder.

Homeland Security officials said the person who gave them the tip is cooperating with the investigation.

Dozens of federal and local law enforcement agents have been involved in the search, combing carefully and slowly through the treacherous terrain, which has a lot of trees and concrete slabs.

They expected the search to take several days, and it will continue until they feel the search is complete. Detectives were seen searching around a pond, in a wooded area and even a nearby field.