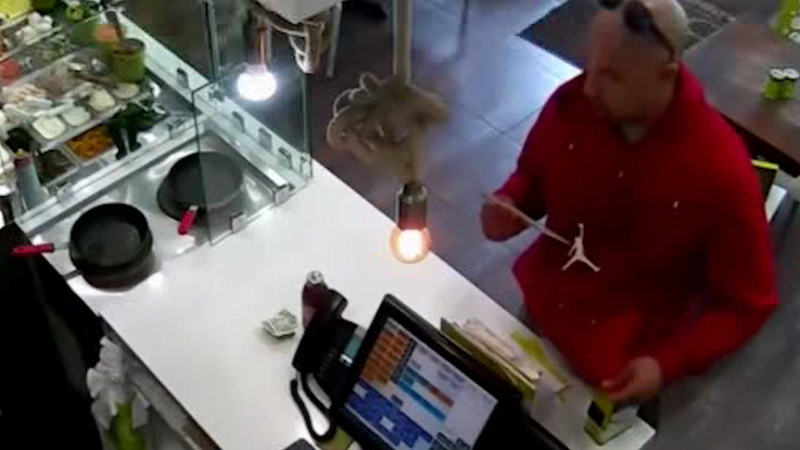 BOROUGH PARK, Brooklyn (WABC) -- A man was caught on camera stealing a charity box from a Brooklyn business filled with hundreds of dollars meant to send children with cancer to summer camp.

There is a chain attached to the Chai Lifeline Giving Box now, a sad reminder of what happened in Borough Park.

Surveillance captured a man in a red hoodie slipping the box under his sweater and then, with hundreds of dollars meant for children with cancer, walking away.

"That hurts already. It's not like he's stealing from my store, he's stealing their bread and butter," said David Baum, the store manager.

In the video, the man was standing at the register just a few feet from customers and workers when he stuffed the box under his shirt. He waited for a few moments and then walked off.

"We have a camp for children with cancer and children with other types of illnesses, Camp Simcha and Camp Simcha Special, and these charity boxes allow these kids to go to camp and have a wonderful summer that's medically supervised," said Rabbi Simcha Scholar, of Chai Lifeline.

The owner wasn't as upset when he heard money was stolen from his store, but when he learned it was the money for the children with cancer that he got really angry.

"To see a man stealing money from sick children is crossing a red line," said Ruvi Deutsch, the store owner.

Police are hoping someone recognizes the man in the distinctive red hoodie with a bald head and sunglasses, so he can be prosecuted.