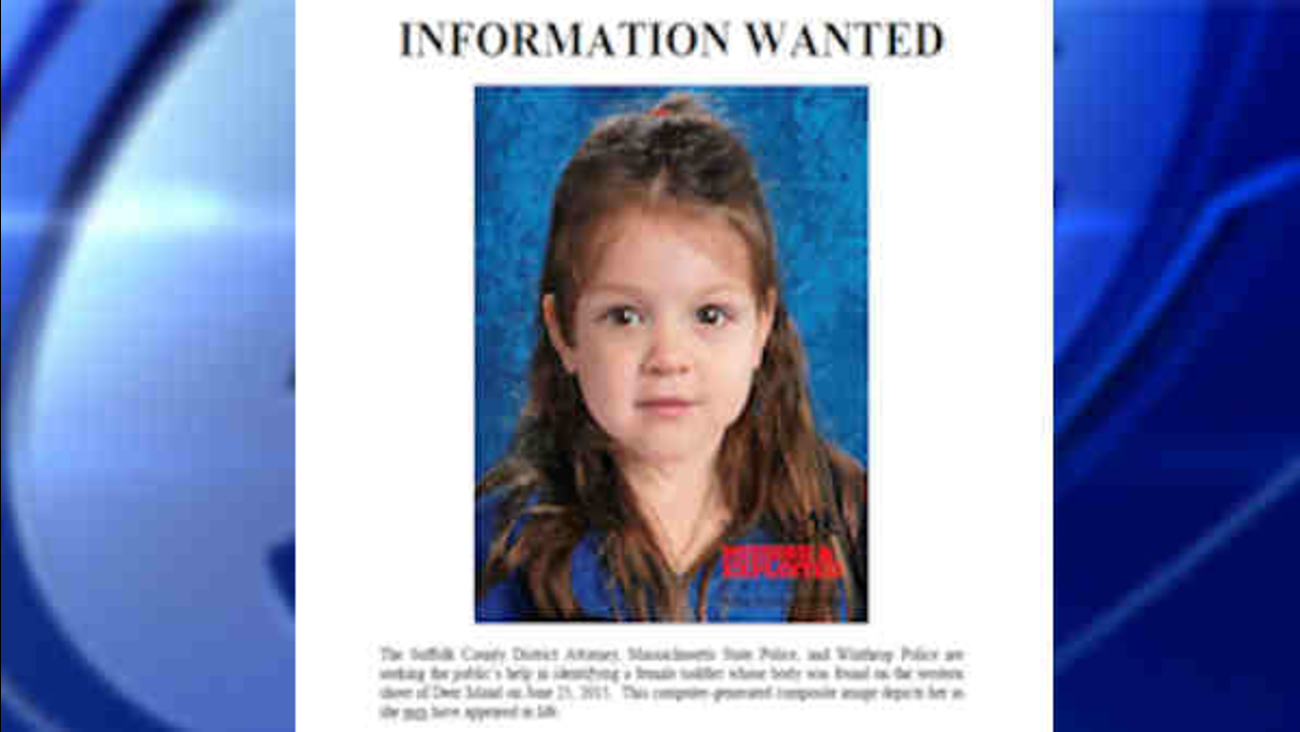 BOSTON -- Authorities have released a computer-generated image of a young girl found dead last week inside a plastic bag along a Boston Harbor shoreline and are hoping it generates clues about her identity.

Officials believe the brown-haired, brown-eyed girl was about 4 years old. Her body was found June 25 inside a bag that also contained a black and white zebra-print blanket.

Conley says he hopes someone recognizes the image that was created by the National Center for Missing and Exploited Children and alerts authorities.

Authorities on Thursday also released photos of the blanket and white leggings with black polka dots the girl was wearing.