Utah teen speaks out after surviving sub-zero night in marshes 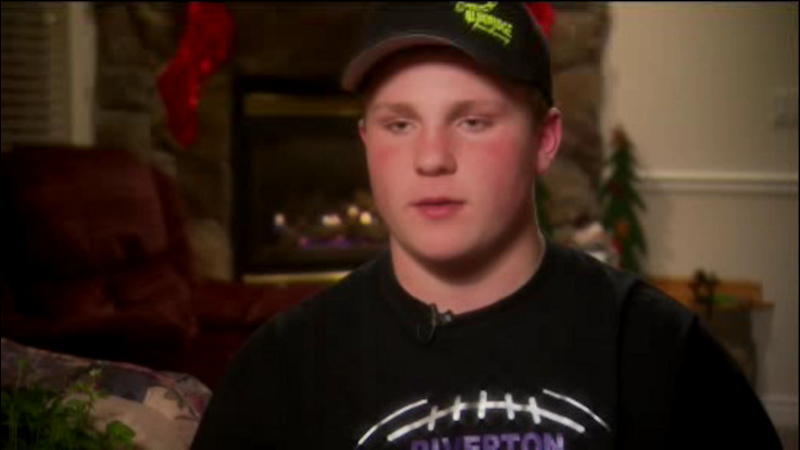 UTAH (WABC) -- A teen who spent nearly 30 hours lost in the Utah wilderness during a duck hunt on Saturday, with temperatures in the single digits, is speaking out about his ordeal.

Fourteen-year-old Brayden Neilson's cell phone was the only lifeline for his family and rescuers, and he was rescued just minutes before the search shifted from a rescue mission to a recovery.

"I really thought I should have been dead," he said.

After being released from the hospital, he shared his astonishing tale of survival.

"I started popping off shots out of my shotgun, and probably shot about 25 rounds," he said. "I started crying and freaking out."

Brayden and a friend set out early Saturday morning on a hunting trip, but the the two were separated and Neilson was lost. He used his cell phone to call 911, even sending a text message to his brother that read, "I'm fine Eric I love you so much."

"I went from calming my own mind to 'I can't bury him,'" Brayden's father, Brian Neilson, said.

All alone, Brayden kept walking and covered some 11 miles of frigid earth.

Nine hours passed before search-and-rescue crews spotted Brayden some 50 miles from home. He was suffering from hypothermia and hallucinating, but he was alive.

"I saw two pairs of headlights, I started walking to them," he said. "I think God led me that whole way through, all the way through there, and I think He found me some help."

The Neilsons are thankful for their very own holiday miracle.