Family of boy with autism punched in cafeteria speaks out 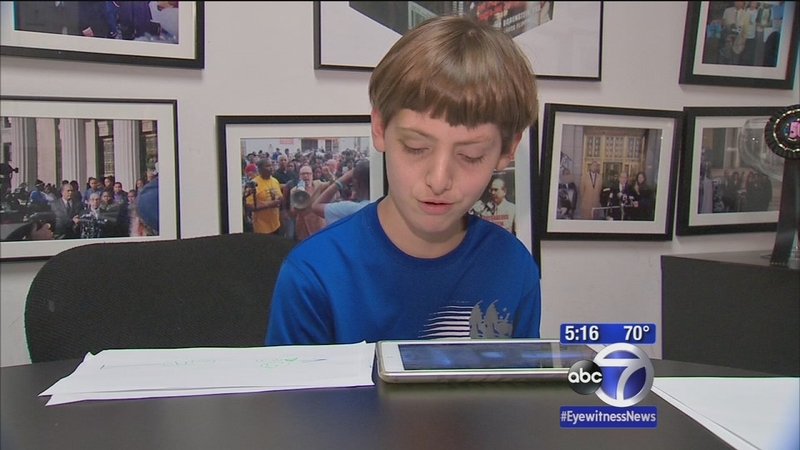 Family of boy with Autism punched in cafeteria speaks out

BRIGHTON BEACH (WABC) -- A school aide in Brooklyn is under arrest and facing charges after police say he punched a student who suffers from autism.

According to the criminal complaint, 58-year-old Milton Parker struck Anatoly Veltman, Jr., in the face on August 7 at PS 225 in Brighton Beach after the boy spilled water in the cafeteria.

Prosecutors say Parker ordered Anatoly to clean up the spill and then assaulted the boy when he apparently did not understand.

"The bruising area still continues and is getting into his eye now," dad Anatoly Veltman, Sr., said. "So we have to make sure the eye is not affected."

It's been just over a week now, so the black-and-blue bruise on the younger Veltman's eye is turning yellow. His father was called to the emergency room at Coney Island Hospital after the boy was rushed there from a summer school program.

"When I walked into the emergency room and looked at him, he had a huge blue bruise above his eye," he said. "Not a bruise, a bump, a big bump."

Veltman says he was later told an aide that a paraprofessional assigned to special needs children had assaulted the boy over spilled water.

"It appeared that my son had pulled first," Veltman said. "Then my son says, 'I told him to keep his hands to himself. Then he punched me.'"

After reviewing security camera video at the school, police arrested Parker, who was suspended without pay.

"It's clear that Mr. Parker, for whatever reason, we don't know, was out of his mind to do what he did to my son," Veltman said. "The real question is how did the principal, how did my son's paraprofessional and all the other professionals around allow this situation to happen."

A man at Parker's address would not let Eyewitness News up to his second floor apartment. Instead, we were told to make an appointment.

Anatoly's father is planning to sue the city for failing his son, citing lax supervision and inadequate training.

"They did the right thing after the fact," attorney Scott Rynecki said. "As far as the training before the act, we don't know what his training was. And whatever his training was, it clearly wasn't proper. Because had they trained this paraprofessional appropriately, he would have not acted in this manner."

Veltman has taken his son out of the summer program because he is so traumatized, and he worries about how to get him back to school in September.

Parker was arraigned on charges of assault, harassment, menacing and endangering the welfare of a child. He is due back in court on August 26.