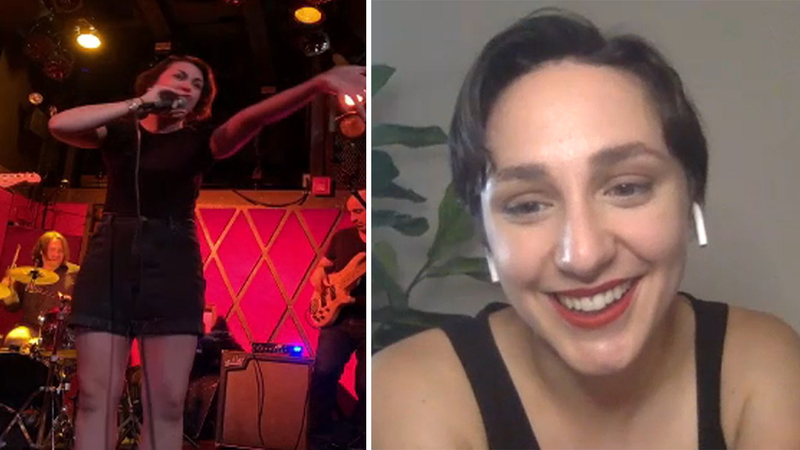 Getting creative during the Broadway shutdown

NEW YORK -- This week marks a full six months since theaters went dark. It's unprecedented, and those who make their living on Broadway have had to get creative to stay busy.

For Lauren Patten, the breakout star of "Jagged Little Pill," her show had to go dark at the moment she was finally making her mark after years of learning her craft. While she hopes to go back on stage next year as "Jo," right now she is no longer hearing the sound of applause every night.

"You oughta know that I'm here," is just one of the lyrics she sang that takes on new meaning after the pandemic. Her breakout role came four years after her Broadway debut, and more than two decades after she began performing in TV commercials as a toddler.

"It's not fair to deny me," is another line she belted out as Jo in the musical featuring the songs of Alanis Morissette.

But "Jagged Little Pill" fell silent along with every other Broadway show.

While the theater community grapples with that question, Patten and her fellow cast members raised money for charity with a virtual sing-along, but she still had plenty of time on her hands.

"I learned a lot about being still, with being with myself. I'm definitely a Type A - busy, busy, busy type person: a New Yorker to the bone," she said.

By reflecting she came to get her band together. Musician friends of hers who are active in the Broadway community backed her last summer for a couple of shows.

One took place in front of an enthusiastic crowd on the Lower East Side at Rockwood Music Hall, and Tuesday, she returns to the venue for a virtual show.

"It's going to be an interesting challenge to play in the venue with no one there," she said. "And not being able to see people's reactions and feel their energy."

Expect her to meet that challenge with an acoustic set. Patten promises an intimate show with, "a real chill vibe." The concert is in HD with sound direct from the audio board. Click here to buy tickets.

Her mission is to "make sure live art comes back strong." Although she has had to navigate, "a completely upended life," just like the rest of us, she's calling her time away from the musical a gift because, "having it taken away, having the rug pulled out from under you, it for me has only deepened my need to go back to it, and deepened the need to find different ways to connect."