Search on for group that robbed Bronx bodega, stabbed employee 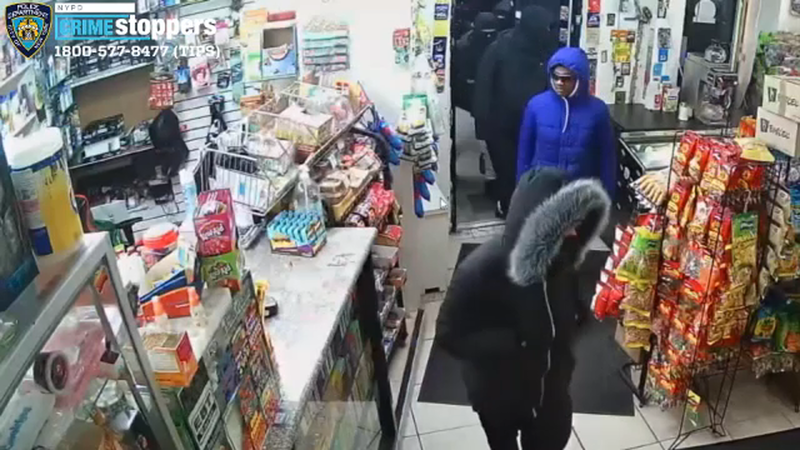 Search on for group that robbed bodega, stabbed employee

BRONX (WABC) -- Police released video of a violent attack inside a bodega in the Bronx in hopes someone may recognize the group of suspects.

The incident happened early Saturday morning around 3 a.m. inside a store on Grand Concourse.

"I saw this guy coming up to me with a gun, he hit me in the face and told me to stay there," Gonzalez said. "They said hurry up, hurry up, that's all they were saying. And the other guy told me to stay down."

They also attacked and stabbed a 37-year-old employee behind the counter several times in the neck, torso and arm.

"He fought back, I don't know why, he fought back because he was trying to protect the money and everything," Gonzalez said.

The clerk was taken to the hospital in critical condition.

His mother said he was out of the hospital by Tuesday afternoon, but not up for talking.
The attackers got away with cash, vape equipment and cellphones.

Gonzalez finally mustered up the courage to tell the suspects to leave the store.

"I was not scared, but I was nervous and I couldn't do anything," Gonzalez said.

RELATED | Bronx DA Darcel Clark to man who shot baby girl: 'You're not going to get away with it'
EMBED More News Videos