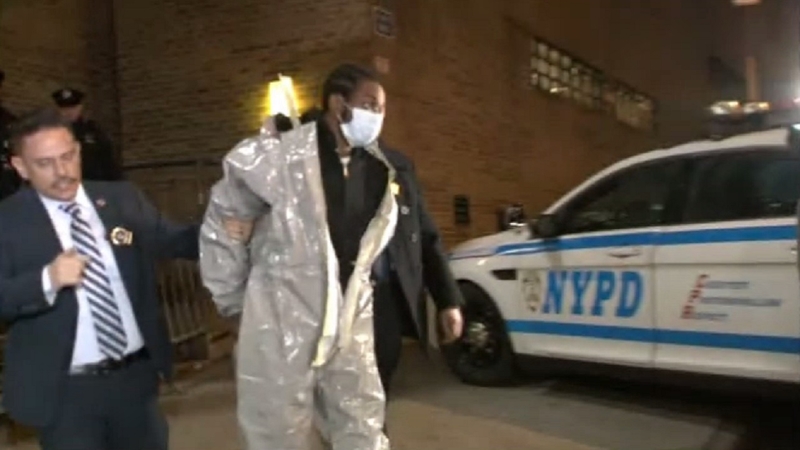 MELROSE, The Bronx (WABC) -- An arrest has been made after a woman's body was found dumped in a storage container on a street in the Bronx.

The storage bin was found on Friday on University Ave. in Melrose. A human foot was protruding from the container - along with a foul odor.

He was arraigned Sunday morning on charges including second degree murder and three counts of concealment of a human corpse.

Neighbor Stephanie Nunez's stepfather had just parked his car next to the bin moments before the gruesome discovery.

Sonia Rincon reports the victim is a senior scientist for the NYC Health Department, which is right around the corner from the subway station.

"He just got out of the car and didn't notice anything," Nunez said.

When neighbors learned the body was of a woman, concerns sank in quickly.

"It was a woman found, decomposed. I am a woman - a single, Black woman at that, and I have children. This is crazy," said one neighbor named Deedee.

Neighbors say it is common for people at that storage facility to dump their garbage on the curb - now, after this discovery, they want that dumping to stop.