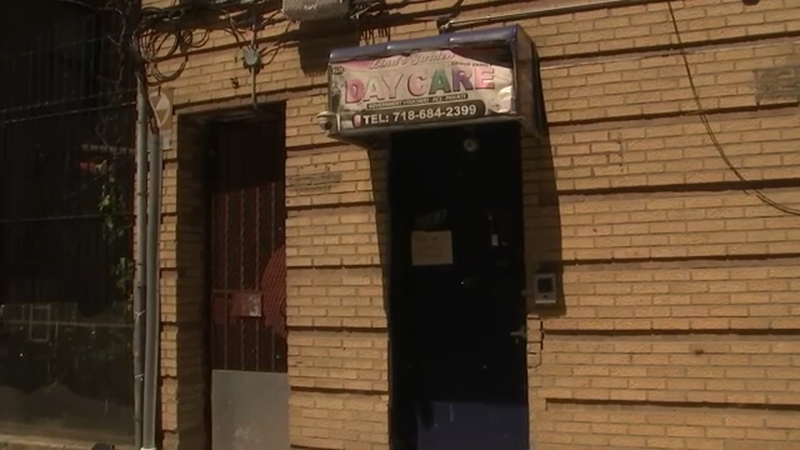 Police are asking any parent who thinks their child may have been a victim of Silfredo Castillo Martinez, 32, to let them know.

They released a photo of Martinez with the hope that more victims may come forward.

Castillo operated the after-school program at Lina's Daycare on Decatur Avenue in Williamsbridge, which has been closed since he was taken into custody. He also lives in the building.

Neighbors say they saw the police arresting Castillo earlier in May, and taking his computer.

Police say at the time, Castillo was suspected of distributing child pornography - but that a further investigation revealed an image of a 12-year-old was taken at the daycare.

Now he is charged with promoting a sexual performance by a child.

Martinez's case will be presented to a grand jury in the Bronx in the coming weeks, where charges could be upgraded.

"It's scary to know that my child could have been near a possible pedophile," said mother Jessica Biel.

Biel said she had a serious conversation with her 10-year-old son, who was in Castillo's after school program, and was interviewed by a social worker from the Administration for Children's Services.

"Once the ACS worker came and spoke to him, then I was able to sit down and kind of like, you know, 'did you have any uncomfortable situations with this person, how did he make you feel?'" Biel added.

She is convinced her son was not a victim, so is Katherine Baez, whose children were also in the program.

"He was never alone with them. Never," Baez said.

In fact, she says Castillo was great with her kids. She can't fathom how someone like him could have something so disturbing on his computer.

"Everyone around here is shocked because we all knew him and he was such a great person," added Biel.

The New York State Office of Children and Family Services released a statement after learning about the arrest of Martinez, saying that they took action to suspend Martinez's licensed program and a program in which he is a household member and are "pursuing permanent revocation of both licenses."

They are encouraging any families who have been affected and who need assistance with alternate child care to contact one of three child care resource and referral agencies in New York City. Information can be found on their website.