Out of Service: Seniors stuck after 4-month elevator outage in Bronx 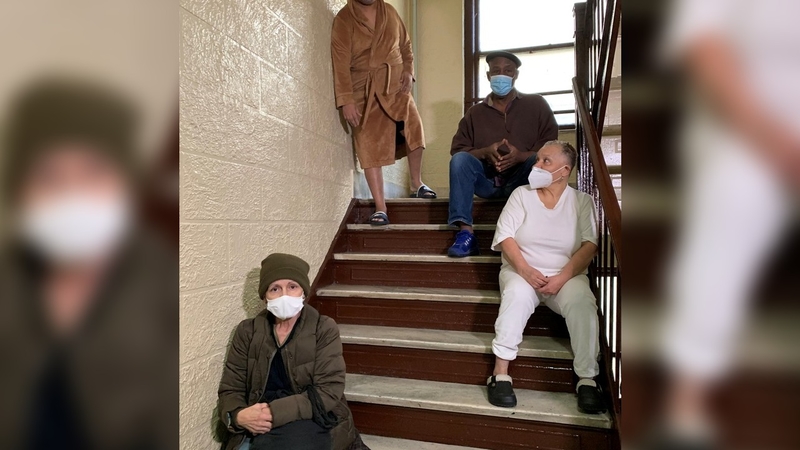 Out of Service: Seniors stuck after 4-month elevator outage

BRONX (WABC) -- A group of seniors and others with special needs have been stuck inside their Bronx apartment building, unable to get outside.

It's all due to a common complaint -- the elevator is out of service. They've been waiting for it to be repaired not just for a few weeks, but more than four months.

"We're stuck here," said Hilda Kathy Broady. "I have places to go, things to do," she said.

Back when the remnants of Hurricane Ida hit New York City, it caused a lot of flooding. The storm waters took out the building's elevator. It hasn't been fixed since. That was four months ago.

"October came, November came, December and now we're in January and he doesn't even answer us anymore," said Broady.

Seniors like Boady need a walker to get around which means she hasn't been able to leave her fourth floor apartment.

And she's not alone. It's impacting many tenants, like Evellyn Perez on the top floor, who lives with severe asthma.

"I sit and then I rest and I use my inhaler to catch my breath," said Perez.

Broady called an attorney from Mobilization for Justice for help.

"This case to me is just absolutely egregious," said attorney Bijoux Shayer-Altamirano. "We're not getting any traction."

7 On Your Side Investigates found it's a common complaint in the city.

More than 71,000 elevator outage complaints have been filed over the past five years, with a majority of those complaints coming from the Bronx. But most of the cases are closed after three weeks.

"Don't give me another complaint number, can I have some action?" said Broady.

After 7 On Your Side Investigates called Langsam Property Services, they said they're starting to work on the elevator again and hope to have it back in service sometime next week. A spokesperson said the delay was due to a supply chain issue.

In a statement, Matt Engel of Langsam Property Services said:

"As are the residents, we are frustrated with the supply chain delays that have left the residents, the building and the elevator company waiting for the motherboard necessary to return the elevator to service. We are told that delivery is imminent and have already completed all other repairs as a result of the storm so that the elevator will be up and running in one day after the part arrives. We continue to offer ourselves to any residents who need additional assistance with carrying groceries or packages and regret the time it has taken for the part's arrival and the elevator's return of service."

The Department of Buildings said it would be following up with the repairs. A city spokesperson released the following statement:

"The landlords at this building were previously ordered by the Department to make repairs to the two elevators inside of their building. DOB inspectors will be routed back to the location to check on the status of those ongoing repairs, and if necessary, take additional enforcement actions against the landlords to aid in the restoration of safe elevator service for the tenants."

Dan Krauth reports as some NYC hospitals are experiencing a surge in COVID patients this month amid a staffing crunch.