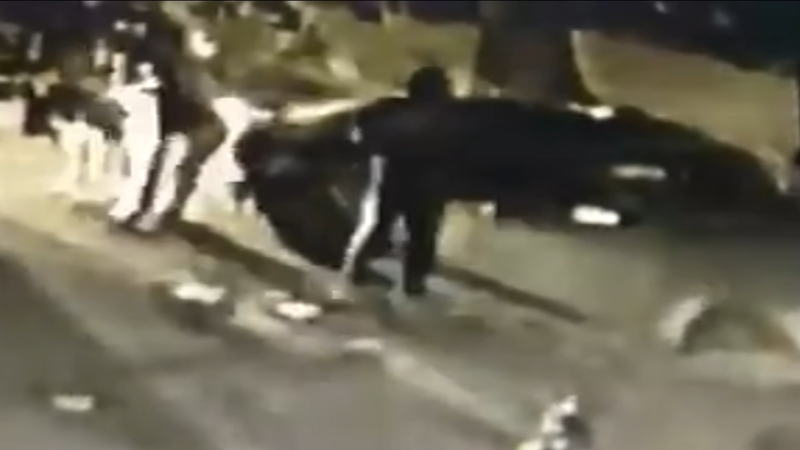 BRONX (WABC) -- Police have released surveillance video following a Bronx shooting on Friday that killed a 19-year old and wounded three other people, the youngest just 15.

The video shows the gunmen making their getaway, police said.

Yesterday, at approximately 11 p.m., at the intersection of E. 226 & Bronx Blvd, two unknown males exited a silver BMW and opened fire on a high school graduation party in Bronx Park. This should have been a joyous occasion, but instead it turned into a nightmare. pic.twitter.com/kZIENnb9Pq

Investigators said the victims had gathered in "shoelace park" for a graduation party.

They believe the 19-year-old woman was an unintended victim. She was shot five times.

Police have identified her as Tyanna Johnson of Seymour, Connecticut.

The victims are listed in stable condition.

The getaway vehicle was a silver BMW.