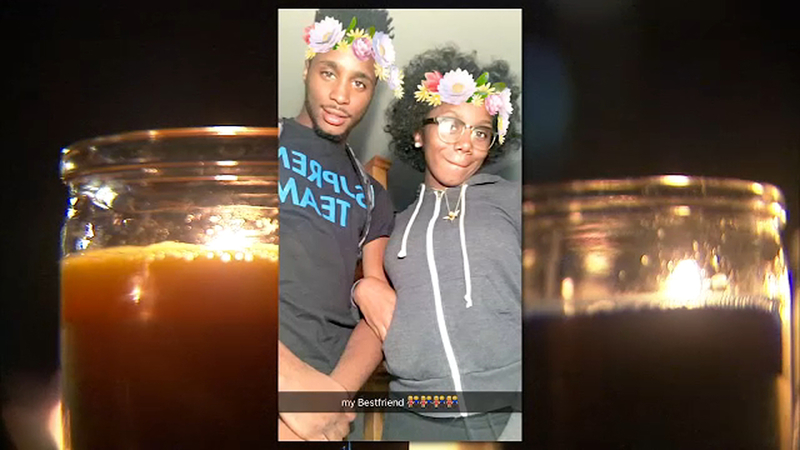 Brother speaks out about killing of Bronx teen

BRONX PARK SOUTH, Bronx (WABC) -- The brother of a 17-year-old girl fatally shot in the Bronx in June is speaking out about her murder.

It is a guilt he doesn't deserve to have to live with, a pain that eats away at him.

23-year-old Kirk Stinson watched his youngest sister get gunned down, and then vanish from his life.

"They was just dancing and listening to music and all of that and it was just like, we just heard shots. About five or six shots," he said.

Two months ago, Stinson lost his best friend. 17-year-old Vlana Roberts was an innocent bystander, police say, who was shot in the back.

"As I look up the hill to see if I could see him the only thing I see is a hoodie and he's taking off," said Kirk. "I turn back around, my sister's on the floor."

Police are looking for the suspect, believed to be a teenage boy, who opened fire into a crowd of people at Vyse Avenue and East 181st Street.

Stinson says he has watches the video every day.

"Just to hope somebody would come forward and say they know who this is so my family won't grieve," he said. "My family has been grieving. It's like my neighborhood is a good place. It's a good place. And ever since this happened it's like a dark cloud. Nobody wants to play basketball. Nobody wants to have water balloon fights."

Stinson says his father has cancer. His mother has heart failure. He's a hemophiliac. So Vlana wanted to be a nurse.

And even in her last moment, she wanted her brother not to worry.

"I'm going to be ok was the last words that came out of my sister's mouth," Kirk said. "I gotta call my father's phone sometimes to hear his voicemail because on his voicemail is her voice."