16-year-old killed after he was shot in neck outside Bronx deli; police searching for gunman 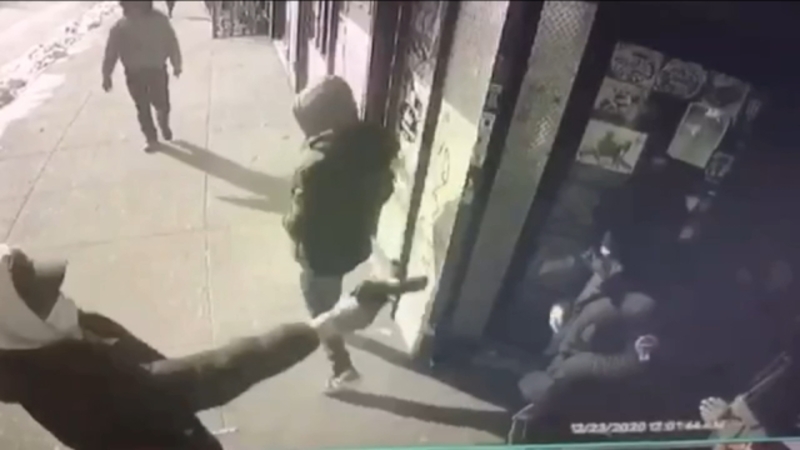 MORRISANIA, The Bronx (WABC) -- A 16-year-old boy who was shot outside a deli in the Bronx Wednesday afternoon has died.

Bronx resident James Solano was outside the King Deli and Grocery on Boston Road in Morrisania around 12:10 p.m. when a gunman opened fire.

Surveillance video shows a suspect in a white mask pat the Solano on the back, and then the suspect reaches into his jacket and waits for the teen to walk past him on the street.

It's not clear if the two were still talking, but now the gun is out, and it is aimed. The suspect fires just one shot.

The teen was shot in the neck just outside the deli and then staggered inside.

The gun violence on Wednesday left the whole neighborhood to wonder who will be next.

"All I do is, we pray a lot -- from any violence," resident Louis Hernandez said.

He was taken to Lincoln Hospital in critical condition and later died.

Police described the suspect, who fled the scene going south on Boston Road, as wearing a black jacket with a light hoodie and white surgical mask. They're still searching for him.

Officials don't know what led to the shooting or what the two may have been talking about.