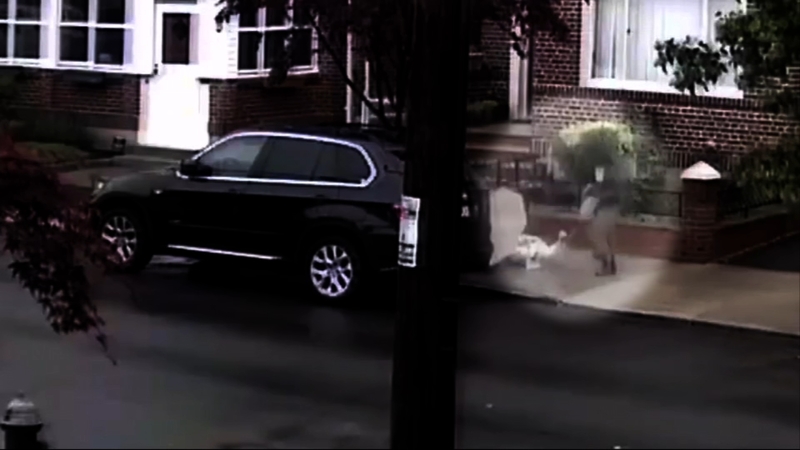 WOODLAWN, Bronx (WABC) -- A teenager was charged after two elderly women were mugged on their way to church in the Bronx.

Sixteen-year-old Abdoul Bah, of the Bronx, is charged with robbery and assault, among other charges, police said. Bah used one of the victim's credit cards, leading to his arrest.

The two victims, longtime friends in their 70s, walking to a funeral mass along Martha Avenue in Woodlawn around 5 p.m. Tuesday when the suspect pulled up in a blue SUV.

He walked up to the women, threw Mary Griffin to the ground and stole her purse.

Griffin's friend, who did not want to be identified, jumped in, hitting the man with her umbrella. The suspect threw her to the ground as well.

Both women were taken to the hospital but are now recovering at home.

On May 18, days before the attack, Bah was arrested for allegedly stealing an elderly man's car in the Bronx. The next day, a police officer spotted him joyriding, blowing three red lights and eventually crashing into a parked car.

Bah was arrested but given supervised released.