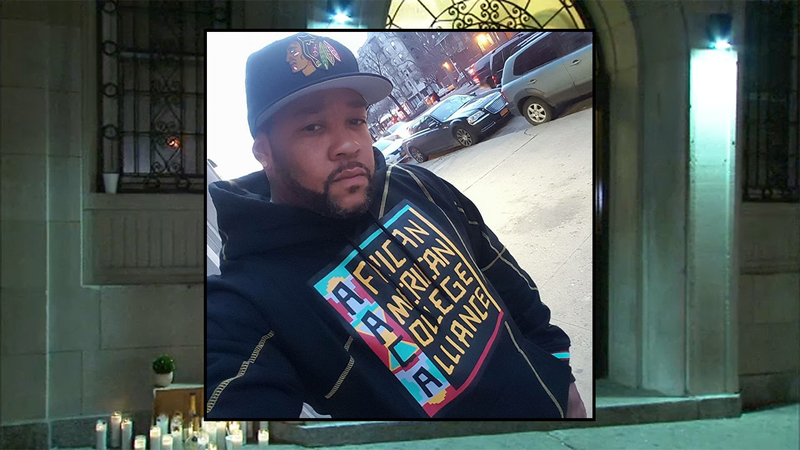 MORRIS HEIGHTS, Bronx (WABC) -- A YouTube star was stabbed to death in the Bronx and police believe he may have known his killer.

Police in the Morris Heights neighborhood were working with new clues and evidence on Thursday to track down the suspect.

Friends have identified the victim as 40-year-old Tyrone Fleming. Police say he was stabbed multiple times in the back.

Fleming worked for Con-Ed with their emergency division for 14 years and is a father of two. When he didn't show up for work, his co-workers were concerned.

Police say it was Wednesday just after 5 p.m. when they were called to Fleming's apartment on University Avenue. He was discovered by his sister in a pool of blood with his body half in his apartment and half in the hallway.

"He didn't have problems with nobody, he was the only brother I had," Tiffany Tucker said. "I would never in a million years think this would happen to my family."

Authorities said they found surveillance footage of someone dressed in all black leaving the building. That person is a potential suspect, but police have not released those images.

Fleming is well known to many as Tye Banga, after he starred in a YouTube series called 848, a crime show set in the Bronx.

Friends and family said they aren't sure why someone would want to hurt him, but police think he may have known his attacker and even let that person into the building.

"It must be someone he knew for him to open a door because he won't even open the door if I come up, I have to call him first," Tucker said.

Now friends are remembering Fleming for being a great guy.