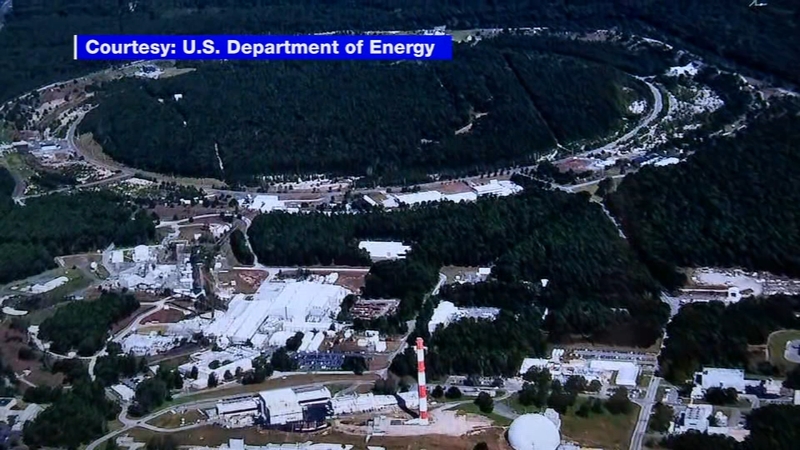 The $2 billion project, which in 2015 was declared one of the top priorities for the future of nuclear physics in the U.S. by the Department of Energy Nuclear Science Advisory Committee, will create 4,000 construction jobs.

Lab administrators and elected officials spoke about the project on Friday during a press conference at the lab in Upton.

"This EIC puts Long Island at the center of science, not just in New York and not just in America, but in the world," Senator Charles Schumer (D-NY) said.

The EIC will be the world's most powerful instrument for understanding the atom and will help scientists unlock the secrets of the strongest force in nature - how the building blocks of matter stick together.

Some scientists have nicknamed the machine "the dream machine" or "the time machine," and its research could help spur advances in technology, cancer research, medical treatments, national security, and more.

"The EIC project will employ 1,000 workers per year during the peak of construction," she said.

Brookhaven National Lab won the federal contract after competing with other labs across the country.

The State of New York is investing $100 million in the project over six years.

"We know that this is smart money," Lieutenant Governor Kathy Hochul said. "We're putting money into a facility, but more than that, we're investing in human capital."

Also Read: Expert advice to nail a virtual job interview and stand out from the crowd

The EIC will be built inside an existing 2.5-mile circular steel tube that already sits in the ground beneath the Brookhaven National Lab.

For the past 25 years, scientists around the world have been colliding atoms inside the tube in order to study what the universe may have looked like in the few first moments after its creation and why the physical world works the way it does. This Relativistic Heavy Ion Collider (RHIC) will be converted into the EIC.

Hatton said construction will begin in the next few years, and the EIC will be up and running at the beginning of the next decade.

Schumer said he hopes the lab will also bring in major tourism dollars.

"All the scientists and others who will come to this lab, stay in our hotels and eat in our restaurants, and maybe even start-up companies because this lab is right here," he said.