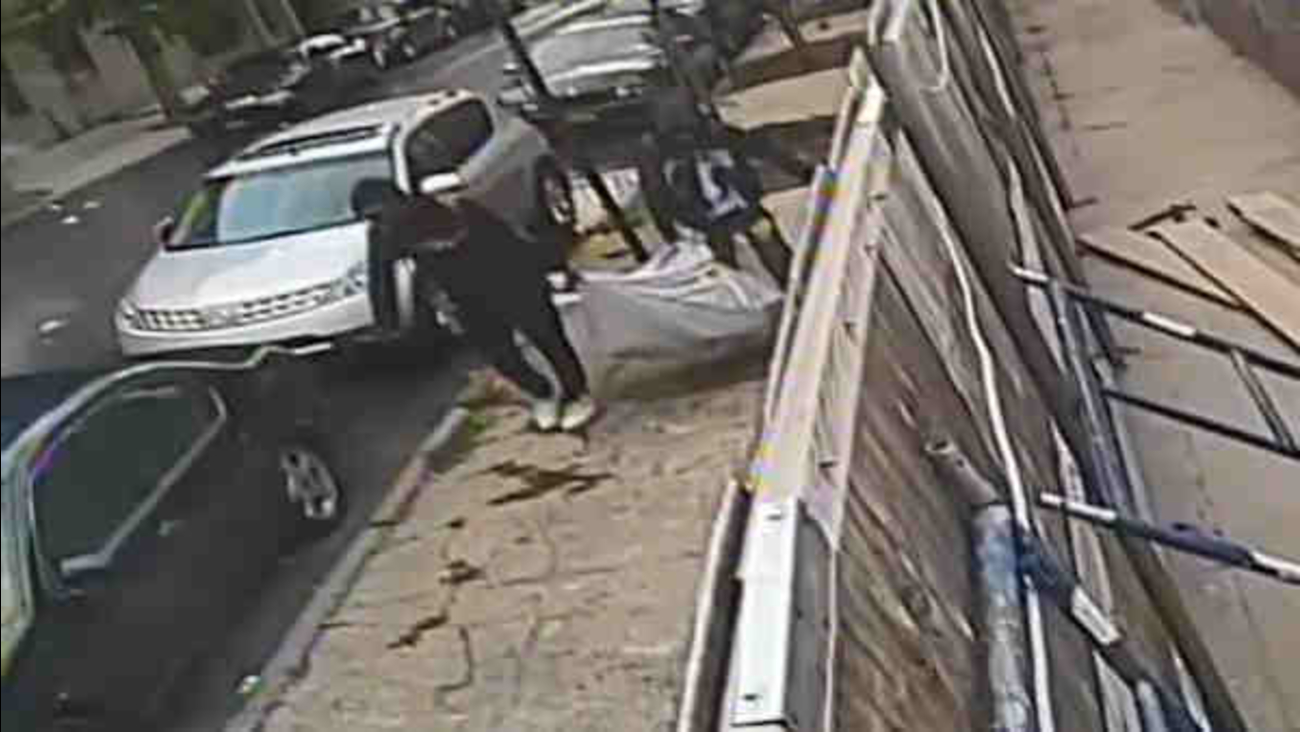 BROOKLYN, N.Y. (WABC) -- Police are looking for two suspects wanted in an armed robbery in Brownsville.

Around 5 a.m. on July 26, a man was entering his home in an apartment building at Union Street and East New York Avenue. The suspects approached him from behind, threatened him with a gun and pushed the victim inside apartment.

The suspects tied the victim's hands and feet before stealing jewelry and cash, according to the New York City Police Department.

The first suspect is described as Hispanic, early-mid 20s, between 5 feet 10 inches and 6 feet with an average build. He was wearing a hooded black jacket with a black and white pattern on the front and the numbers "08" on the back with a star above the numbers. This suspect was wearing black Nike sweatpants, black sneakers, a dark/gray baseball cap with a logo on the front, and a black T-shirt underneath the jacket

The second is described as a black, about 5 feet 8 inches and 6 feet with a stocky build. He was wearing a black hoodie, black jeans, white sneakers, and appears to have a dark/gray baseball cap underneath the hoodie. This suspect was also seen carrying a red backpack.