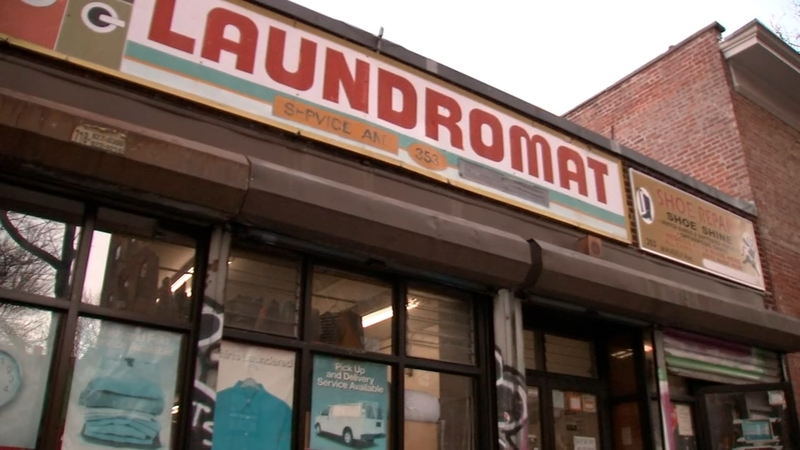 CLINTON HILL, Brooklyn (WABC) -- A Good Samaritan was attacked while trying to stop a group of teenagers from harassing an Asian American owner of a laundromat in Brooklyn.

Michael Chang, the owner of Waverly Wu Laundry in Clinton Hill says the teens have been harassing him for months. He says he is very concerned, not only because of the rise in Asian American hate crimes, but the teens became violent on Friday.

Chang says the teenagers throw garbage from the streets inside the laundromat and at the windows. He says they also use racial slurs and tell him to 'go back to China.'

On Friday, things turned ugly as the group heckled Chang. A Good Samaritan tried to intervene, but police say, the teens turned on him, throwing a chair at that man and his dog. The Good Samaritan suffered injuries to his face and his head.

Chang says he has been in the United States for 30 years, and bought his business with his hard-earned money. Now with the uptick of Asian American hate crimes, he is concerned.

"It makes me angry, really angry. This is not fair. You can not make this, you know, bring everything on Asians," he said.

The Good Samaritan says he is recovering, and believes he did the right thing.

As for the teenagers, Chang says they are the same ones who have been harassing him. He says he has called the police on them, but they were let go with just a warning.