Man suspected in string of attacks on women in Brooklyn arrested 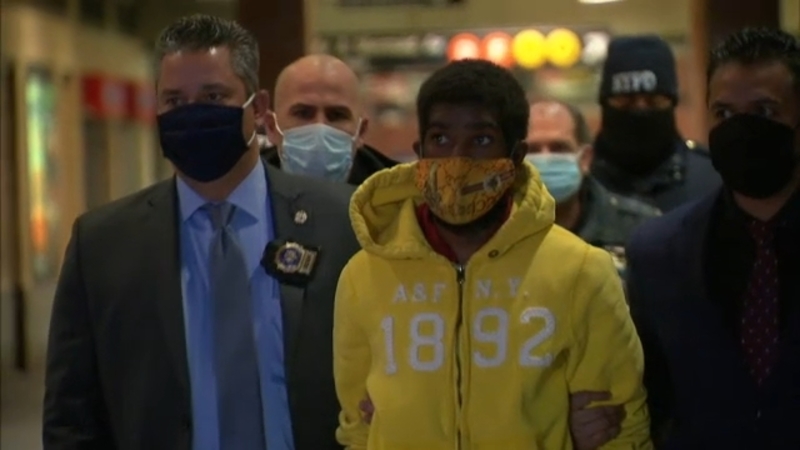 Man suspected in string of attacks on women arrested

BUSHWICK, Brooklyn (WABC) -- A man suspected in a string of assaults against women in Brooklyn is now under arrest and facing multiple charges.

Khari Covington, 29, is charged with seven counts for attacks in the subway system -- at least five took place at the same station at Morgan Avenue.

He is also facing two counts of attempted robberies outside the subway.

Covington lives at a homeless shelter two blocks from the train station.

In each instance, a woman in her 20s or 30s was randomly attacked and punched in the head.

The same man is believed to be responsible for punching and choking a 27-year-old woman at Sunflower Glass Company Smoke Shop in Bushwick this week.
EMBED More News Videos

Surveillance video from a smoke shop in Brooklyn shows the suspect attack a woman behind the counter.

The victim says her back and neck are bruised and swollen.

"I don't know what justice looks like in this situation because I don't know anything about the alleged attacker but I do hope that he gets whatever help that he needs," Fortis said.

One victim attacked in the Morgan Avenue subway station said she is traumatized from the attack.

"He didn't say a word, just started punching me, like randomly beating me up," victim Manal Guennad told Eyewitness News on Monday. "All I was thinking was, 'Scream. Someone has to hear you. Someone must be around. Like, just scream as loud as you can.'"

While Guennad, Fortis and several other victims are grateful an arrest has finally been made, they say they wish police were more meticulous.

They are referencing an arrest police had made in connection with one of the subway assaults.

That man is 50 years old and the victims say they knew their assailant was much younger.

Charges against the initial suspect have been dropped.

Police say Covington has four prior arrests including assaults in September and robberies in 2013 and 2015.