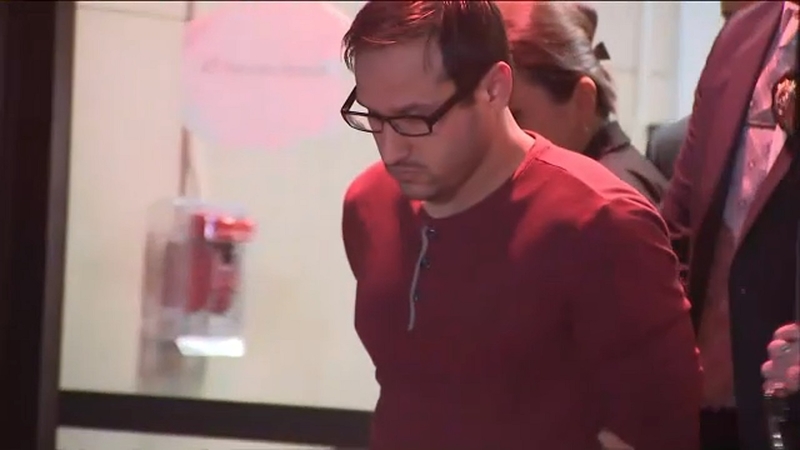 Police say 29-year-old Daniel Santiago, who worked at the Brooklyn Science and Engineering Academy in Flatbush, is charged with sex abuse and acting in a manner to injure a child under 17.

He had been abusing the girl since February, police said, accused of touching and sending inappropriate text messages and pictures to the victim.

According to prosecutors, Santiago first touched the girl inappropriately on board a school bus during a class trip to an unspecified location, when he is accused of touching her chest. Then, on the return trip, he allegedly sat next to the girl and slipped his hands into her pants and touched her genitalia, and she touched his genitals.

In at least one other instance, they allegedly touched one another in similar ways in the school. Santiago is also accused of having inappropriate text message exchanges that included photographs.

Prosecutors say the relationship was uncovered when the girl's cousin found the text exchanges on the girl's cellphone.

"How are you not watching your teachers?" parent Kiyanna Warren said. "This is really concerning, especially an 11-year-old."

Santiago is married with an infant child. His wife attended with their child in her arms, and they left court without comment.

"He should be locked up," parent Lisa Williams said. "He should go to jail and lose his license and everything. If he has kids, he should know better than that."

The Department of Education released a statement Monday saying, This teacher was immediately reassigned away from the classroom when we were made aware of this disturbing allegation. We'll seek to remove him from payroll as quickly as possible while the investigation is pending.

Santiago was arraigned, and an order of protection was granted for the 11-year-old, identified as the complaining witness.