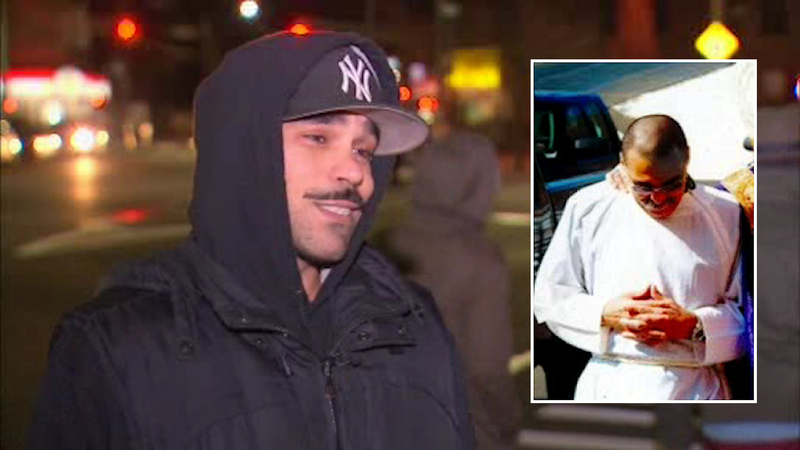 Some are controversial, but one of them apparently has no controversy.

In fact, he's been adamant that he was convicted for a murder he didn't commit.

Now, he's looking forward to reuniting with his 30-year-old son. His son was just a toddler when his father went to prison.

"I was waiting for him, waiting at the window," Felipe Rodriguez, Jr. said.

That was Felipe Rodriguez, Jr.'s only wish from the window of his Brownsville, Brooklyn, apartment, and after nearly three decades it's finally coming true.

"There are a lot of holes that will never be filled. Kids' things that you can do with your father. Play ball, go see your first game, all that's gone," Rodrigues Jr. said.

He was just 3 years old when his father, Felipe Rodriguez, Sr. was convicted of murder and sent upstate to prison.

Rodriguez always maintained that he was innocent, and his son says there was never a doubt.

Rodriguez Sr. was a 23-year-old married father when he was convicted of murdering Maureen Fernandez.

He even refused parole because his innocence meant more to him then his freedom.

For more than a decade, The Innocence Project has fought to overturn his conviction, pointing to many issues with the handling of the case. Those issues include a police informant who admitted during a taped interview that he fabricated the story.

"The evidence against him was deeply flawed and there's a lot of detail we provided the governor. I don't know if the governor thinks he is innocent or not, but I certainly do," his lawyer said.

Rodriguez was a model prisoner.

In 2013, his work with the Catholic Church earned him praise from Cardinal Timothy Dolan who paid him a visit.

His son told Eyewitness News he's making plans for their reunion, which he expects will happen in a couple of weeks.