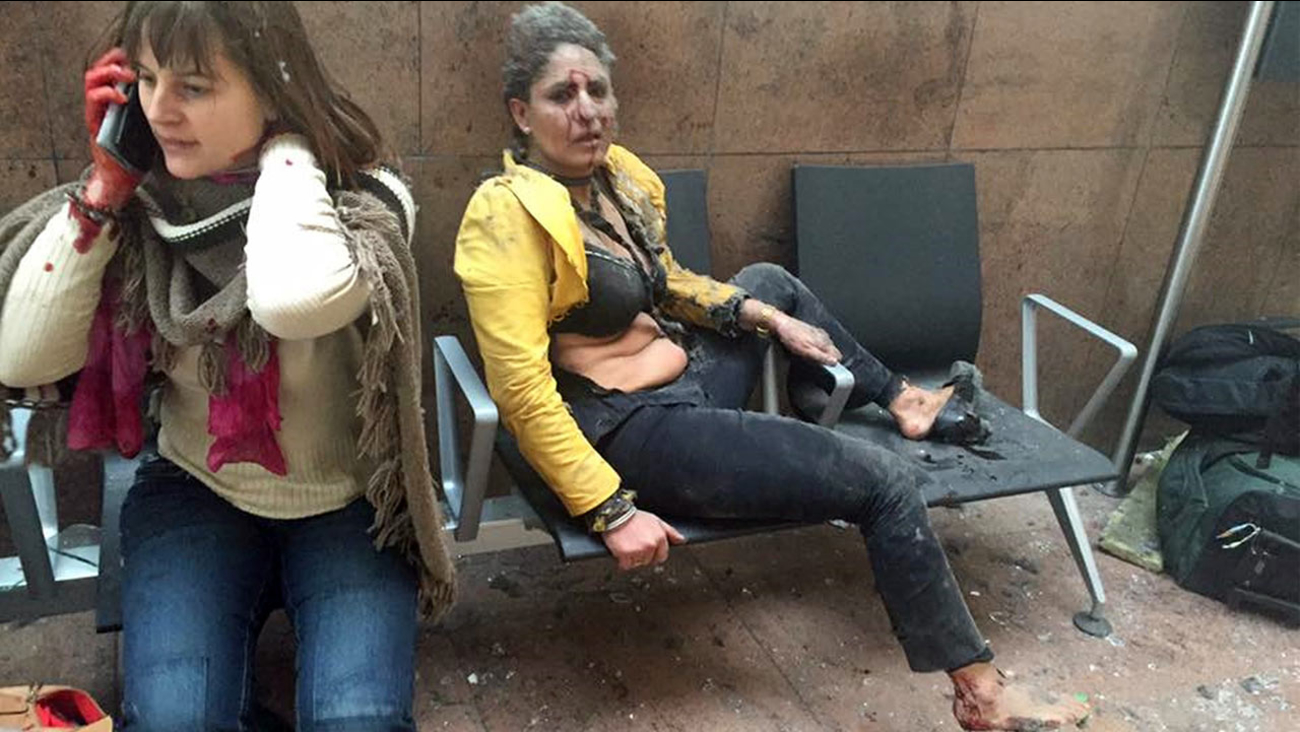 Bombs struck the Brussels airport and one of the city's metro stations Tuesday, killing at least 34 people and wounding dozens, as a European capital was again locked down amid heightened security threats.

Below are the latest details of what happened, with information about Belgium and the New York City-area's response to the attacks.

LATEST IN BRUSSELS
- At least 34 people were killed in two bombing attacks, ABC News reports - one at the Brussels airport and the other in a subway station.
- At least 187 people were injured in the attacks, according to the Associated Press
- European security officials have been bracing for a major attack for weeks, and warned that the Islamic State group was actively preparing to strike.
- Late Tuesday morning, ISIS claimed responsibility for the attacks.
- A total of 10 Americans have been injured in the attacks, including 1 U.S. service member, his 5 family members, and 3 American missionaries.
- Click here for the full story
- Click here for photos from the scene
- Click here for the most powerful video from the attacks

AIRPORT ATTACK
- These explosions happened first - at about 8:10 a.m. (Brussels local time - 4:10 a.m. ET)
- Two blasts were heard at the Brussels airport, one of which is being blamed on a suicide bomber.
- Brussels Zaventen Airport CEO told ABC News there was a third bomb at the airport which did not explode. It was neutralized by the police.
- A spokeswoman at the Belgian federal police confirms to ABC News that a surveillance photo shows the possible suspects from this attack. See it here.

SUBWAY ATTACK
- The explosion happened at 9:11 a.m. (Brussels local time) in a train that had five cars. The blast went off just as the train was leaving the station, officials tell ABC News. The bomb went off in the second car, which was still on the platform.

NYPD RESPONSE
- Security in New York City and the entire region has been beefed up after the attacks.
- "The New York City Police Department is closely monitoring the situation in Belgium and is in close contact with our international partners and with the FBI," the NYPD said in a statement.
- NYPD is deploying addition counterterrorism units to crowded areas and transit stations.
- Click here for more on how NYC is reacting to the attacks

AIRPORT RESPONSE
- More than 200 flights to Brussels have been diverted or canceled after three explosions that authorities are calling terror attacks.
- New York City airports - JFK, LaGuardia and Newark - have stepped up security as a precaution
- Click here for more details on airport security, locally and around the world

TRIBUTES FOR BRUSSELS
- World monuments including 1 World Trade Center in New York, the Eiffel Tower in Paris, the Burj Khalifa in Dubai/UAE, the Brandenburg Gate in Berlin and others will be lit up in the black, yellow, and red of the Belgian flag tonight as an homage to Brussels.
- Click here for photos of the tributes