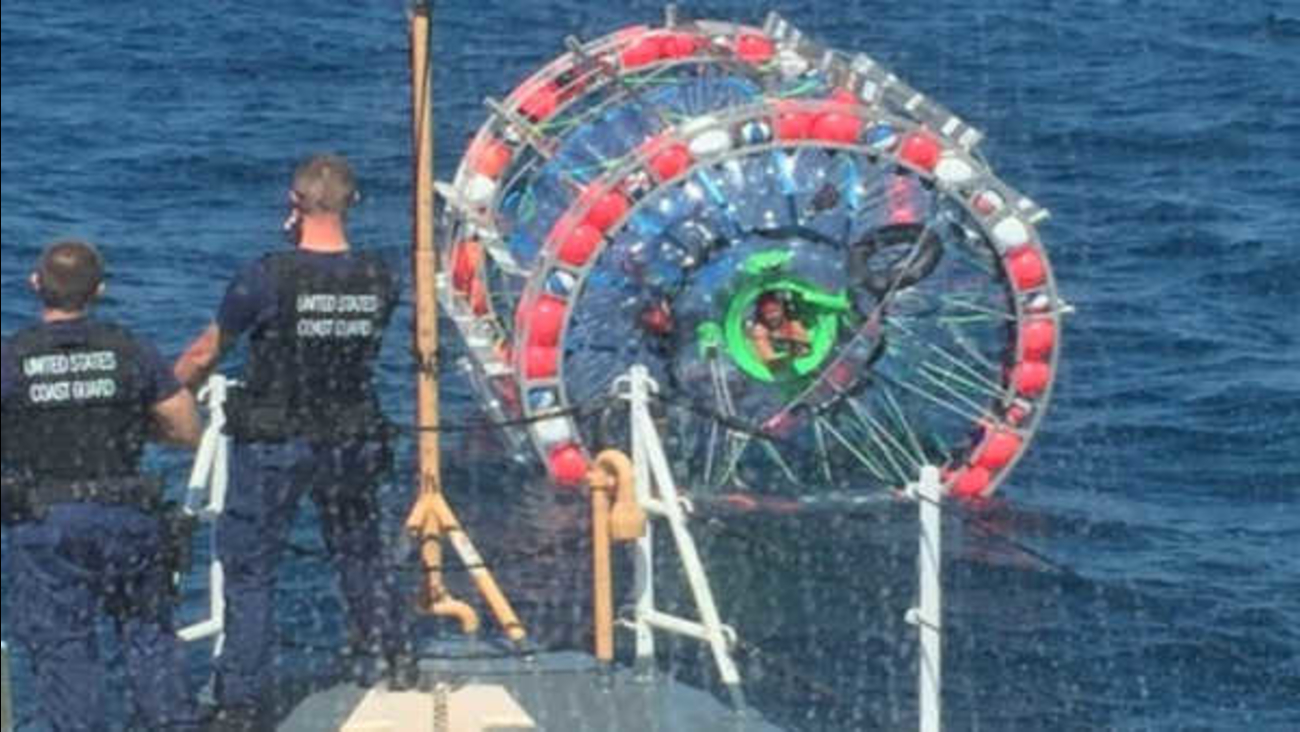 MIAMI, Fla. -- Authorities say a Florida man bidding to reach Bermuda in an inflatable bubble has been voluntarily rescued by the U.S. Coast Guard.

Coast Guard Petty Officer Mark Barney said that long-distance runner Reza Baluchi was picked up Sunday off Florida and his "hydropod" was being towed to shore.

Barney says the man set out from Pompano Beach on Saturday despite receiving an April 15 letter from the Coast Guard warning him not to depart. The Coast Guard said it had reviewed Baluchi's plan and determined it to be unsafe.

The letter was posed by the Coast Guard on Twitter.