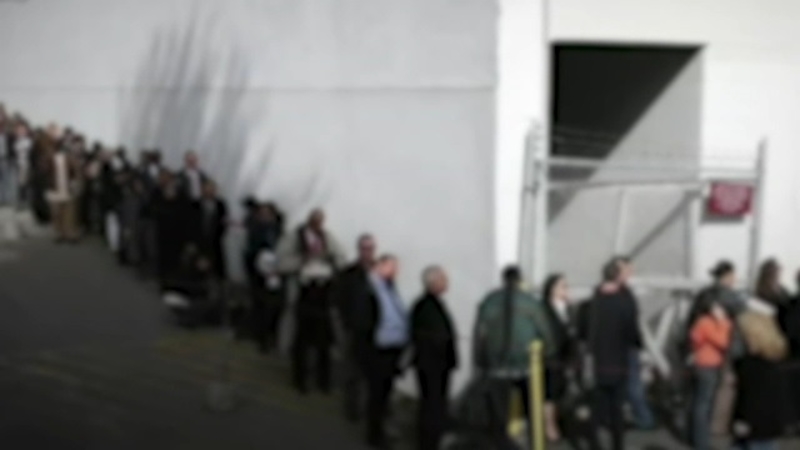 The New York State Department of Labor has been denying benefits to individuals accused in the past of collecting unemployment benefits when they shouldn't have in what's called a forfeit penalty.

A forfeit penalty is a form of punishment imposed by the DOL in addition to requiring people to pay back the benefits they received.

Hannah Centner said the state determined she'd received unemployment 19 days that she shouldn't have a couple of years ago when the restaurant she worked for went out of business and left her unemployed.

She disagreed with the state's decision but she paid them back.

Now, DOL is denying her 19 weeks of unemployment benefits she is entitled to during this pandemic as an additional punishment.

"This shouldn't be happening. This is national pandemic," Centner said. "We were all laid off, not by choice, but by an order of the government."

"I get them wanting to recoup their losses," Centner said. "Pay people now and worry about figuring out forfeit days later when everyone has the option of getting back to work."

The legislation by Martinez is described as "an act to amend the labor law, in relation to suspending the forfeiture of unemployment benefits during the COVID-19 State of Emergency."

It would authorize the DOL Commissioner to "temporarily suspend the imposition of forfeit days" until the state of emergency has passed.

"We are not saying they will never pay back what they owe. We are saying give them an opportunity to actually be able to survive," Martinez said. "I don't understand why action hasn't been taken thus far and I am pleading with the Governor and the Commissioner to give them what they need right now."

Senator Brad Hoylman, D-Manhattan is also voicing his support for the legislation and calling for action from the state.

"This is not the time to prevent New Yorkers from getting unemployment benefits," Hoylman said. "It doesn't seem fair that in the middle of a pandemic forfeit days are being used to keep people from feeding their families."

In the State Assembly, Assembly Member Linda B. Rosenthal, D/WF-Manhattan, has also joined in calling on the state to suspend forfeit penalties during the pandemic.

"New York State is facing an unprecedented crisis with more than one million New Yorkers having already filed for unemployment, and unfortunately, this pandemic is not over. It's simply unconscionable that the New York State Department of Labor would withhold the payments right now over issues with previous unemployment claims when the situation has become so dire," Rosenthal said.

A spokesperson for the Department of Labor told 7 On Your Side Investigates more than a week ago the department was exploring the issue and looking for a remedy.

Although DOL Commissioner Roberta Reardon has not commented directly to a request from 7 On Your Side Investigates.

On Twitter, she wrote, "I have been unemployed myself and I understand the pain, fear, and anxiety New Yorkers are facing. The DOL's mission is to help our neighbors through some of their toughest days, and in the last week we have made great strides in updating our systems."

Individuals without unemployment called the tweet out of touch.

"Your unemployed then versus our unemployed during a pandemic, are two very different things. Walk a mile in our shoes," Centner said.

Then, late this week a Department spokesperson said DOL had determined individuals with back penalties for "a non-willful overpayment judgment, will receive 50% of their weekly benefit until the penalty is paid."

She added that everyone else, "would have to pay back 100%" of the penalty before they could receive benefits and added, "In addition, the federal government has not suspended federally required penalties at this time."

In a statement, a spokesperson from the U.S. Department of Labor said, "Unemployment benefits are administered by the states."

Unemployment advocate Jon Bloom of the Workers Defense League said the state's current response would bring relief to very few people caught up in the loophole.

A spokesperson for Governor Andrew Cuomo indicated the Governor's Office was aware of the problem and offered this statement.

"We are dedicated to helping New Yorkers weather the economic impacts of this crisis, which is why we've disbursed over $2 billion in unemployment benefits to 1.1 million New Yorkers in just a matter of weeks -- this critical work continues, and we are actively exploring what steps can be taken to address forfeit days during this emergency," wrote Jack Sterne, spokesperson for the Governor.