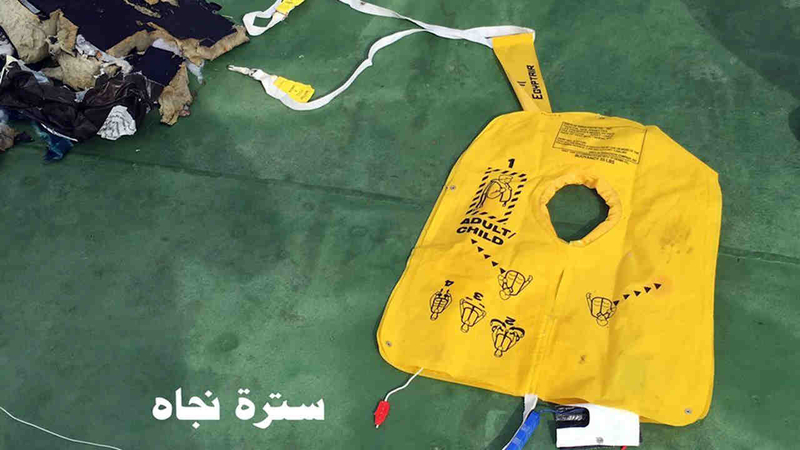 CAIRO -- The search for the EgyptAir plane which crashed last week killing all 66 people on board has narrowed to a 5-kilometer-wide area in the Mediterranean Sea, based on signals from the craft's emergency beacon, Egypt's chief investigator said.

The chief investigator, Ayman al-Moqadem, said late Thursday that Airbus had given Egyptian authorities information on the Emergency Locator Transmitter, or ELT, from the doomed aircraft.

An official from the Egyptian investigation team on Friday clarified that the beacon information was from the day of the crash, May 19, and that no new signal had been found. An Airbus official said he was unaware of any ELT received or given to the Egyptians.

Both officials spoke to The Associated Press on condition of anonymity because they were not authorized to talk to the press.

The ELT's signal is too weak to transmit information from underwater, unlike the locator pings emitted by the flight data and cockpit voice recorders, known as the black box. Al-Moqadem stressed that the black boxes have not been found, which he said requires highly sophisticated technology. But he said the search was now being conducted in a 5-kilometer (3-miles) area. He did not clarify how long the search has been narrowed to that area.

A French naval oceanographic research ship, Laplace, carrying a long-range acoustic system able to detect signals from the black box is headed to the crash site, France's air accident investigation agency, the BEA, said in a statement. The ship left Corsica on Thursday and was due to reach the crash area on Monday or Sunday, it said.

Earlier, Egyptian officials had said the ship had already arrived at the site.

Eight days after the plane crashed off Egypt's northern coast on a Paris to Cairo flight, the cause of the tragedy still has not been determined. Ships and planes from Egypt, Greece, France, the United States and other nations have been searching the Mediterranean north of the Egyptian port of Alexandria for the jet's voice and flight data recorders, as well as more bodies and parts of the aircraft.

Small pieces of the wreckage and human remains have been recovered while the bulk of the plane and the bodies of the passengers are believed to be deep under the sea. A Cairo forensic team has received the human remains and is carrying DNA tests to identify the victims.

Egypt's civil aviation minister Sherif Fathi has said he believes terrorism is a more likely explanation than equipment failure or some other catastrophic event. But no hard evidence has emerged on the cause, and no militant group has claimed to have downed the jet. Earlier, leaked flight data indicated a sensor detected smoke in a lavatory and a fault in two of the plane's cockpit windows in the final moments of the flight.

The French vessel, Laplace, is carrying three detectors made by the Alseamar company designed to detect and localize signals from the flight recorders, believed about 3,000 meters (3,280 yards) underwater. The torpedo-shaped detectors can be lowered about 1 kilometer (half mile) into the water to listen for signals up to 4 kilometers away.

France may also send an unmanned submarine and deep-sea retrieval equipment, the statement said. The BEA is involved in the search because the crashed plane was an Airbus, manufactured in France.

Because of the difficulties in finding the black boxes, Egypt has contracted two foreign companies, Alseamar and Deep Ocean Research, to help locate the flight data recorders of the plane.

Also, Egyptian President Abdel-Fattah el-Sissi said earlier that a submarine would join the search for the plane's data recorders.

However, al-Moqadem told reporters that the submarine is not equipped to detect signals from the black boxes.