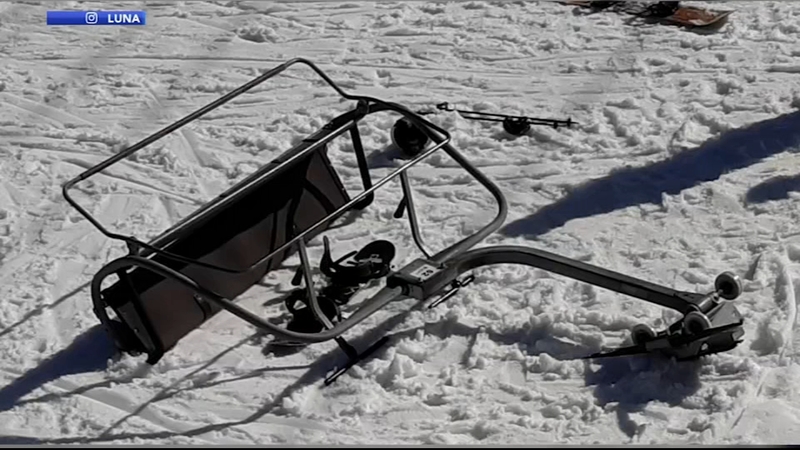 POCONO TWP., Pennsylvania (WABC) -- A father and two children were among those injured after a ski lift incident at Camelback Mountain in the Poconos on Sunday.

Doug Mackie says he witnessed the terrifying ordeal as a chair on the Sullivan Express lift plummeted to the ground.

Mackie of Easton, Pennsylvania, says he was skiing with his son Dylan when he let a father and his two kids go ahead of him on the lift.

Mackie was two cars behind them when the lift made a sudden stop and started swaying. He then watched in horror as the chair just dropped.

"And we saw that family, the two kids were here and the dad was here, and (their chair) started really going bad and it went up almost vertical and they popped right off. The chair fell and I saw a dad reach for his kids and just grabbed his kids," recalled Mackie.

Mackie says he can't get the image out of his head.

The victims were taken to the hospital, but there is no immediate word on their conditions.

"Camelback Resort is working with the appropriate state authorities to investigate yesterday's incident involving the Sullivan Lift. The health and safety of our guests and associates is and remains our number one priority," said a spokesperson for the ski resort.

The skier could be seen dangling by her jacket at the Bristol Mountain Ski Resort on Sunday.