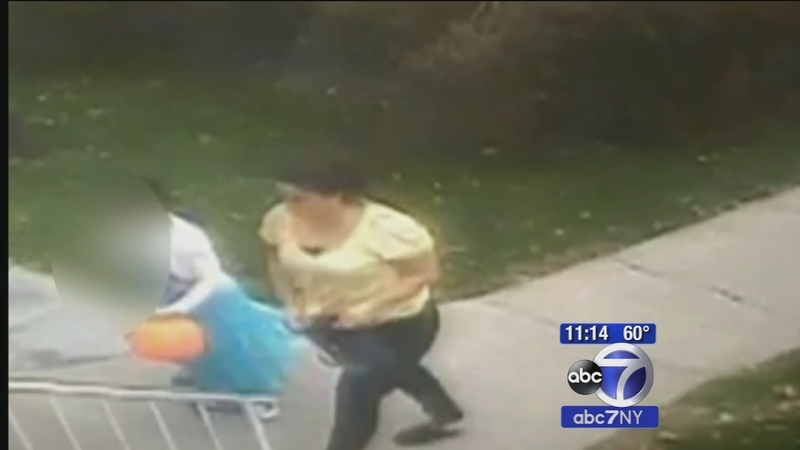 Halloween candy and toys stolen from porch on Staten Island

HUGUENOT (WABC) -- A pair of candy crooks was caught on camera on Halloween on Staten Island.

This wasn't a kid taking more treats than they should; this was a child and an adult, thought to be the child's mother. She took the whole stash.

It happened in the Huguenot section.

It brings new meaning to the term "sugar baby".

A little girl in what appears to be a Cinderella outfit, apparently enlisted by the adult with her to steal an entire Halloween display from Holly Jones' front porch.

"It's not the candy; it's more the principle of the entire situation I would say," Jones said.

The Staten Island woman says she set out two giant tubs of Halloween goodies at her house on Woodrow Road, complete with a sign admonishing trick-or-treaters to take no more than two pieces.

But when she took her own 8-year-old out to go trick-or-treating, these candy crooks took good and plenty.

They made off with not just mounds of candy, but also with both containers that held them, and with a teal colored pumpkin filled with small toys for kids with food allergies.

"I took the time and I care about the kids, and that's what hurts the most," Jones said.

Even more disturbing, she can't figure out how an adult could set such a sour example for a little girl who clearly knows no better.

Jones provided the video along with a picture of what she says is the suspect's SUV captured by a neighbor's camera to police at the 121st Precinct.

Police they say they're investigating.