As New York state begins ramps up its cannabis program the governor and mayor are cracking down on pop-up smoke shops and illegal cannabis products. Lauren Glassberg has the story.

NEW YORK (WABC) -- As New York state begins the distribution phase of its cannabis program the governor and mayor are cracking down on pop-up smoke shops and illegal cannabis products.

"You tell me, can you tell the difference between what is legal and what is illegal?" Mayor Adams asked holding two virtually identical, brightly colored snack bags. "It is extremely difficult to do it."

One bag contained cannabis edibles, while the other was a standard packet of gummy candies.

"This is what we are finding in our stores across the city that are popping up," Adams said. "Many of these stores are unsafe and are targeting our kids."

Adams announced that the city is teaming up with the state of New York and cracking down on unlicensed cannabis dispensaries that have popped up around the city.

The state Office of Cannabis Management seized more than $4 million of illegal products during a 2-week pilot program in partnership with several city agencies.

A task force inspected 53 locations throughout the 5 boroughs and seized more than 100,000 illegal products.

"We will use every tool available to strengthen the equitable, legal adult-use cannabis market we're building and the dispensary verification tool Governor Hochul unveiled today is one step in that process," Executive Director of the Office of Cannabis Management Chris Alexander said. "Our enforcement team has been growing its partnerships and ramping up activity from Buffalo to New York City and will continue to do so until these illicit stores and trucks are shut down."

A QR code will be prominently posted in the windows of legally licensed retail dispensaries, which are set to begin opening before the end of this year. The designation will easily allow consumers to identify dispensaries regulated by the state versus illegal pop-up shops.

There will also be a universal symbol on products sold to show they meet standards set up by the state.

"These tools will help to protect public health and strengthen our ability to deliver the equitable cannabis market our law envisions," Hochul said. "We will continue to work with our partners in municipalities across the state to enforce the law and shut down illicit operators who are selling products that put New Yorkers at risk."

The state will also release a public education campaign at the beginning of 2023 to explain the benefits of purchasing legal cannabis regulated by the state.

MORE NEWS: How to tell the difference between RSV, flu, and COVID-19 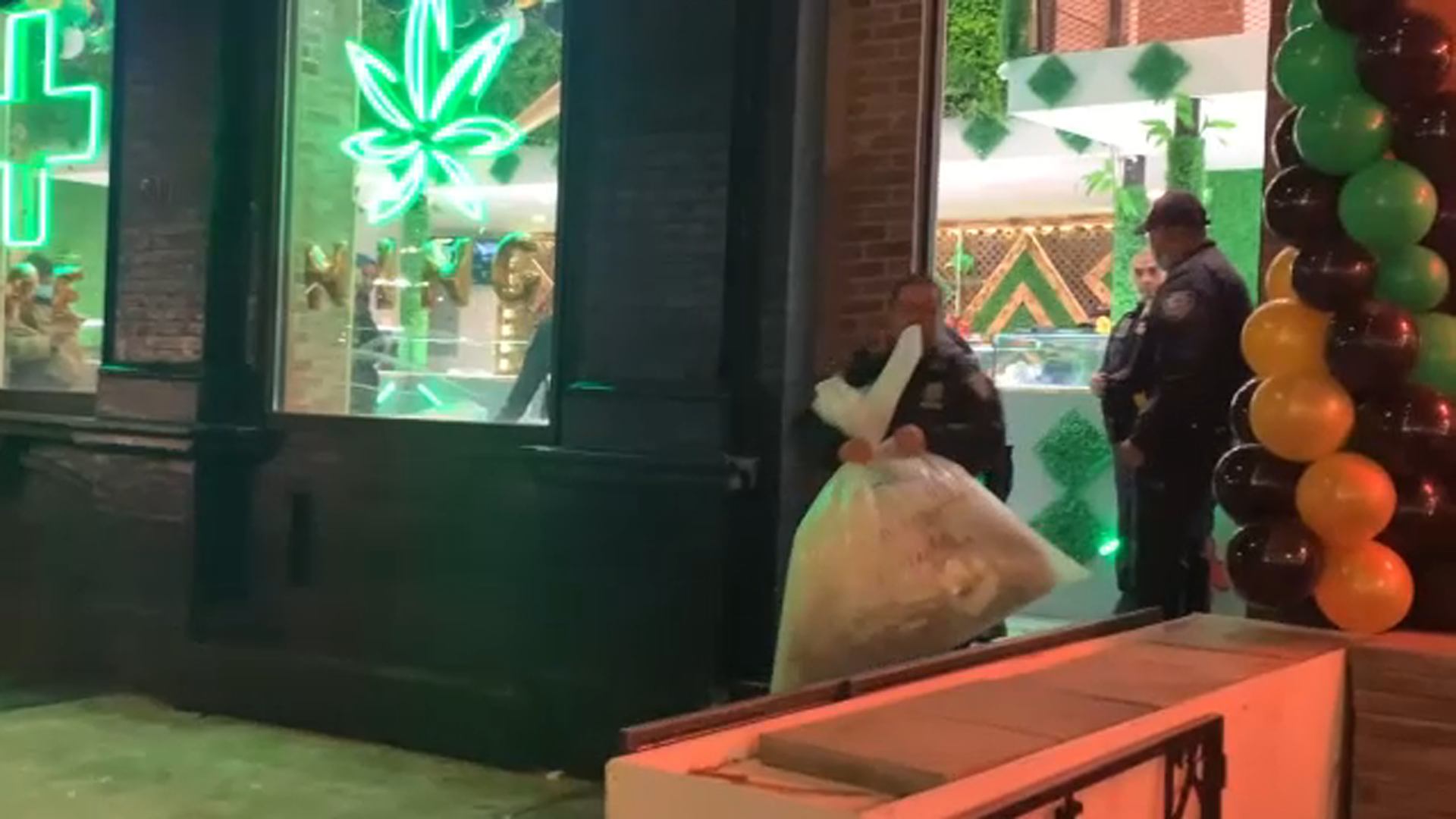