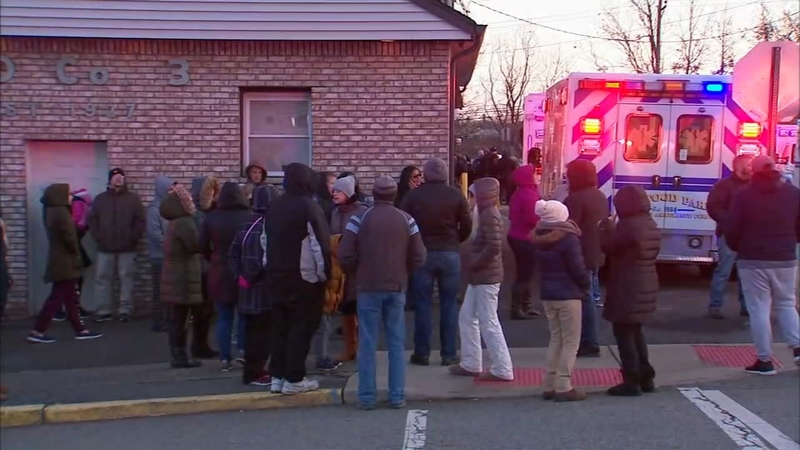 ELMWOOD PARK, New Jersey (WABC) -- A chemical leak, that was first thought to be a carbon monoxide scare, led to the evacuation of an elementary school in New Jersey.

It happened at Gantner Avenue School in Elmwood Park on Wednesday afternoon.

The leak happened in the heating and air conditioning unit on the roof of the school. It caused three students, a custodian, and a firefighter to the hospital for treatment.

Two students fainted and a third complained of nausea. Several other students went to a nearby firehouse to be treated.

Hazmat tested the children for carbon monoxide at the firehouse, but found no trace of the gas.

They later found that the incident was caused by glycol, a chemical which is part of the HVAC system in the school

Parents Eyewitness News spoke to said after this emergency occurred the communication between the school and parents was poor, in their opinion.

"I didn't get any message from the school," a parent said. "I was surprised. A friend was calling me, saying something is wrong. Afterwards, the teacher called me to say he is okay, you can come pick him up."